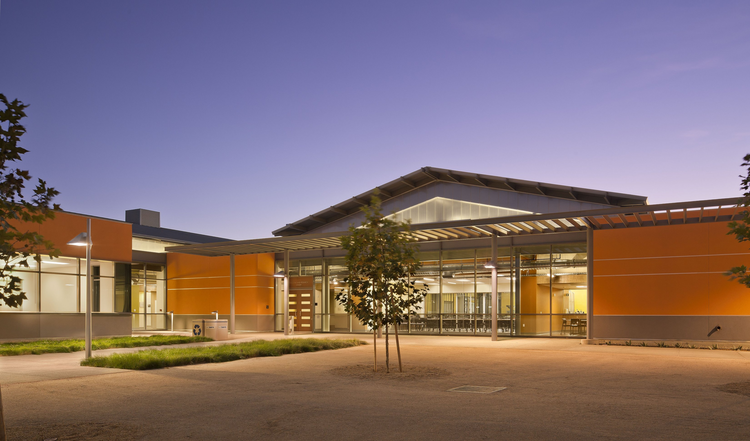 Text description provided by the architects. Designed by Flad Architects, The Teaching and Research Winery and the August A. Busch III Brewing and Food Science Laboratory (WBF) complete the Robert Mondavi Institute for Food and Wine (RMI) for the University of California – Davis.  The 31,000sf design-build laboratory complex was completed in 2010 and is formally influenced by the agricultural structures of the California countryside, serving as a learning environment for viticulture, brewing, and food processing.

The academic complex was designed as an extended research and teaching environment which integrates traditional scientific exploration with applied process technologies --- in this way, students and researchers have the ability to directly test theories and validate new production processes.  In addition to its academic application with regard to the production of food and beverages, the structure also educates students and researchers in sustainable production processes and operating procedures on a facility scale.

The complex includes facilities dealing with the production of wine, beer, and traditional food processing in addition to necessary ancillary space and learning laboratories characteristic of a traditional academic structure.  Each of the individual production processes featured in the complex’s program is dealt with specifically while all of the programs have common elements such as storage, laboratory, and office space.  For example, the winery features a wine cellar, barrel storage, laboratory and office space while the brewery features programmatic elements such as dry storage, a grain mill, and cooling facilities to meet the individual needs of the industrial process.  Each program is meticulously organized and designed to meet the industrial and academic needs of its researchers and students.

Construction of the WBF Lab utilizes a variety of sustainable materials, including recycled glass, repurposed wood for interior paneling, and FSC-certified lumber.  In addition to being entirely donor-funded and the first zero-water use facility of its type in the country, UC-Davis’ WBF complex houses the world’s first LEED Platinum winery, first LEED Platinum brewery, and first LEED Platinum food-processing plant.  This makes the academic complex one of only half dozen laboratories of its kind in the world and the first of its kind in the United States.  The sustainable highlights of the complex are documented in the gallery below and include an ultra-efficient building envelope, solar tube usage, photovoltaic arrays for energy production, sensitive daylighting strategies for natural light, and harvest technologies resulting in over 175,000 gallons of harvested rainwater and captured CO2 from the research fermentors.

The WBF complex is the recipient of a bevy of design awards, including designation as the R&D Magazine Lab of the Year, a 2010 “Best of California” Construction Award, an AIA San Francisco Merit Award for Energy & Sustainability, an ASLA San Francisco Honor Award, the ASLA San Francisco President’s Award, and an Award for Water Efficiency, Western Pacific Region DBIA. 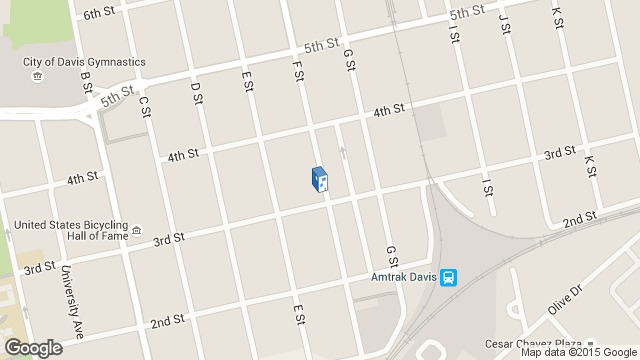