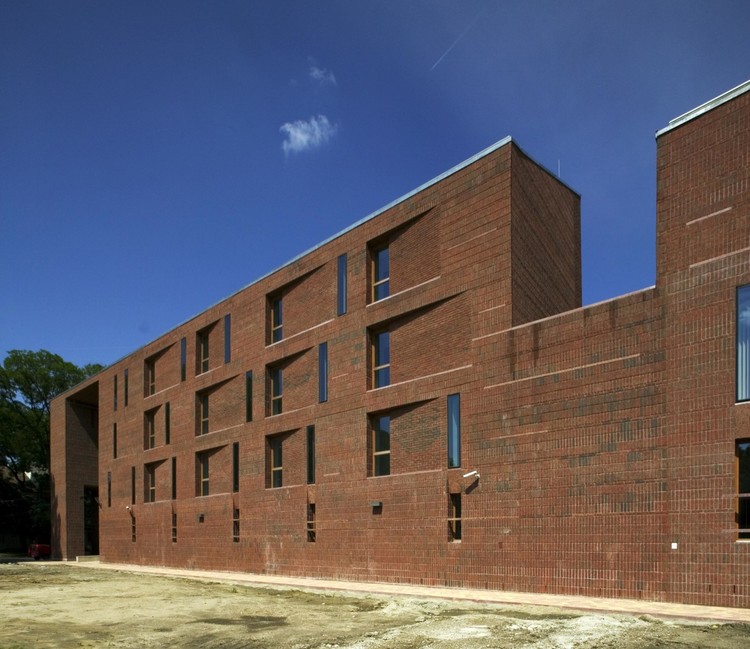 Text description provided by the architects. The task was the placement and the planning of the High Court of Justice, the Supreme Prosecutor’s Office and the Town Court in the heart of Debrecen, a civic city with 1000-year history. The planning was preceded by a national tender which fit the build-in of the entire Révész-square block to its new program.

From several points it is an especially ungrateful task to set up a new building on the above mentioned fractured area, especially as the first element of a large-scale reconstructing. The most conspicuous characteristic of the building is its blackness, the sides of the inclusive prism look as if they have been carved with a blade. The building does not exit its bordering flats staying inside its own limits. The appropriate knowledge of one’s limits and compliance with them, a behavior without trespass as the predominant guiding principle, suits the formation of a judicial centre.

The brick surfaces are invigorated by the delicate play of light and the shadow effects of the rhythmically recurring hatchways of the upper lantern-lights. This living texture is randomly cut up by the inserted shorter longer red limestone strips. The light glints the mat mass of the brick on the polished stone, giving a quite dynamic horizontal cut to the facade. 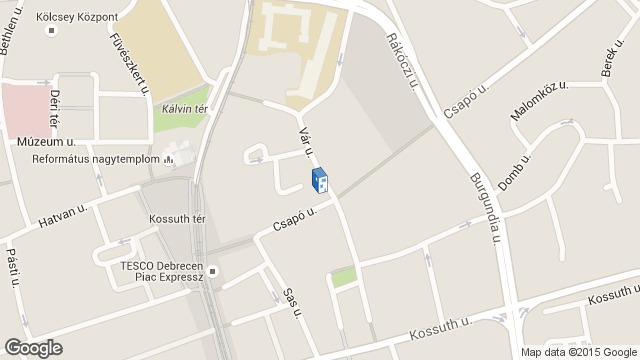