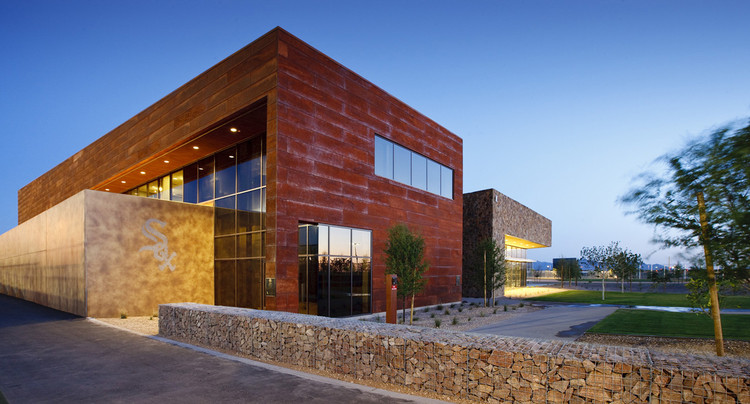 Text description provided by the architects. Opened in February 2009, the $105 million Camelback Ranch Spring Training Facility was designed with 10,000 seats and 3,000 lawn seats, making it the largest facility in Arizona’s Cactus League. Located on a 141-acre site with a three-acre lake, the stadium has the capacity to host 13,000 fans. It includes more than 118,000 square feet of major and minor league clubhouses as well as four major league practice fields, eight minor league practice fields, two practice infields and a 200-seat premium seating lounge.

Designed to turn spring training design on its head, fans park on the opposite side of the complex from the ballpark. They then make their way through the training complex before reaching the game, getting a chance to see multiple workouts on multiple diamonds. For fans, the experience is then topped with a game at one of the nicest ballparks in spring training.

The design of the spring training complex also thoroughly fulfills the needs of its main tenants. The Chicago White Sox and Los Angeles Dodgers each have training facilities for both the major-league and minor-league squads, allowing both to smoothly run year-round operations. Fans don’t see what happens behind the scenes—and most won’t find things like weight rooms, aquatic treadmills and multiple clubhouses interesting, but both teams had the chance to spec out their operations spaces for their specific needs. The White Sox chose to put minor- and major-league facilities in the same building, though there are some differences in each section. The Dodgers, meanwhile, chose to break out the minor-league operations in a three-building complex, with separate buildings for training, support and clubhouses. Video throughout the entire complex allows coaches the chance to provide instant feedback to position players and pitchers.

Camelback Ranch-Glendale was designed to appear to rise from the flat Valley floor. A symmetrical two-building outpost in center field houses the main ticket office, the largest team store and other operations. The curved buildings immediately set the tone for the experience at Camelback Ranch-Glendale: the 14 buildings comprising the complex feature sloping roofs, asymmetrical designs and organic appearances. The innovative campus setting, with its contemporary southwestern desert architecture, offers the best in training facilities for two of Major League Baseball’s most storied teams as well as a destination location for the entire community.

The goal of the White Sox, Dodgers and City of Glendale in designing and creating the new facility was to marry the demands of preparing for a championship major-league baseball season with providing fans a first-class, intimate view of their heroes. As one drives to the site, walks through the training complex, approaches either of the two stadium entries and enjoys a game, one is immersed in baseball, unlike any other spring training site. 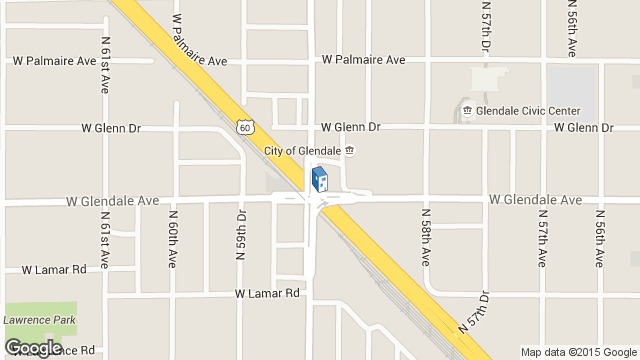