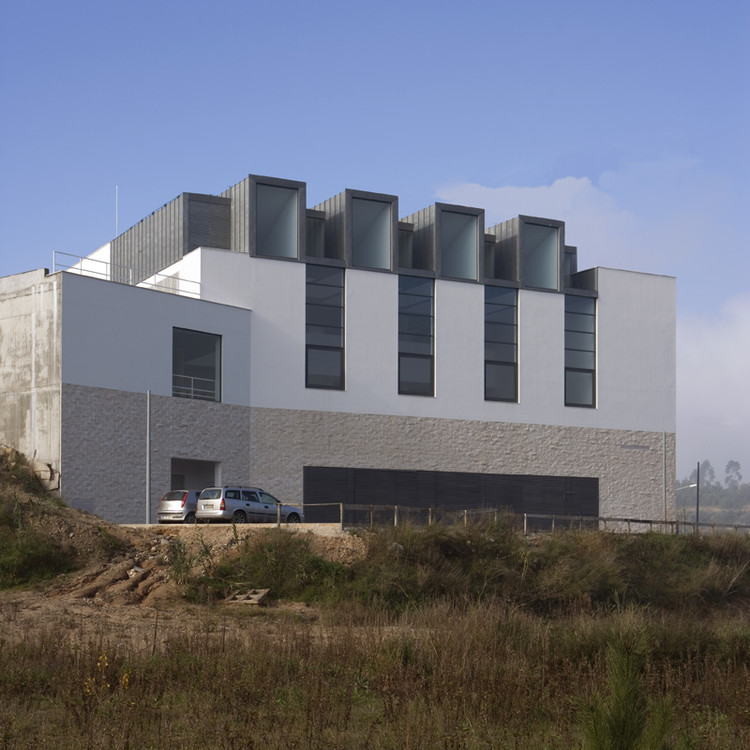 Text description provided by the architects. A canteen is a natural meeting place on a University Campus. The lunch break, usually understood as the moment one escapes from classes, is usually welcomed by one and all and this should be reflected in the architecture. Though sometimes neglected, even in a country like Portugal, which is so proud of its culinary achievements, here in Coimbra it was accorded due attention. The new canteen by LGLS aims to celebrate the importance of that moment of the day.

The canteen is situated on the new Campus III of the University of Coimbra. Given that this is the oldest University in Portugal, established over 700 years ago, it naturally carries a significant amount of symbolism and tradition. Its historic buildings are the symbol of the city itself, and the two new campuses bear an architectural responsibility to support these values.

Campus II (engineering) is nearing completion while Campus III (medical sciences) is still under construction. Both display a lively architectural ensemble, as nearly all the buildings are the result of national competitions which gave younger architects an opportunity to emerge from amongst the work of already established offices.

Appropriately, given its social importance, the canteen is one of the first buildings to be finished on Campus III. Situated on the edge of the campus, looking away from the city and facing its main road ring, the canteen is the built result of a competition won back in 2001 by the Lisbon-based architectural practice, LGLS.

Conditioned by a sharply sloping site and a limited budget, the project quickly evolved into a play of scale, space, light and color that offers us a surprisingly large and luminous interior wrapped in what at first sight seems to be a fairly compact external package.

Public access is located on the upper level. The building then develops downwards, generating its strongest external moment at the opposite end from the entry point, thereby twisting the meaning of 'main facade' and allowing for an internal shift in scale that makes the light-flooded refectory so impressive.

The composure displayed by the building when approached from within the Campus, with its low-profile main elevation hidden behind a sun-filtering pergola, is a key moment in the architectural promenade that runs through the building, down to the main refectory. You end up following the light in search of the space where everybody congregates.

The internal colour scheme, tied to distinct ceiling heights, clearly the internal functions and instinctively organizes the users. The upper floor contains the wash rooms and the cafeteria (both painted in black) which ends in a full-length balcony above the main refectory below. This translates into two differentiated canteen systems for the students (one tiled in blue with a high ceiling and one tiled in red with a low ceiling) and a restaurant for teachers and university guests (panelled in wood). The bottom level is technical, including storage spaces, staff changing rooms and so on.

An artful juxtaposition of simple architectural elements turns the smallest building on the campus into a well-proportioned environment for socializing in the middle of the academic day. 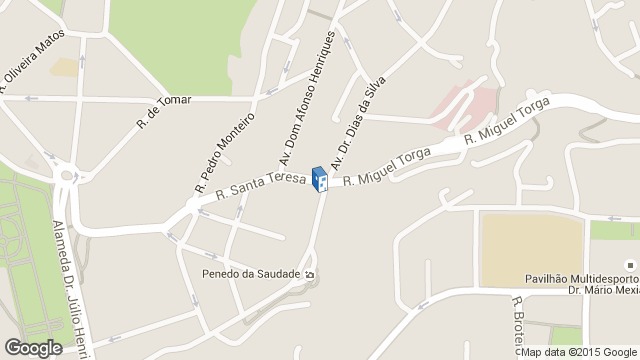 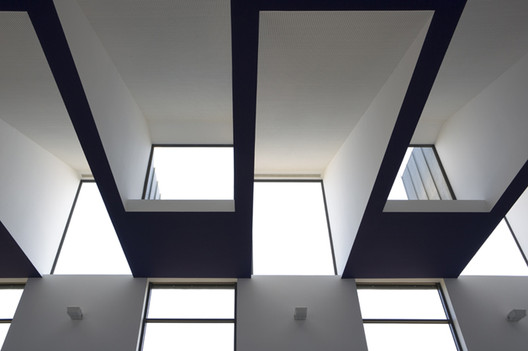