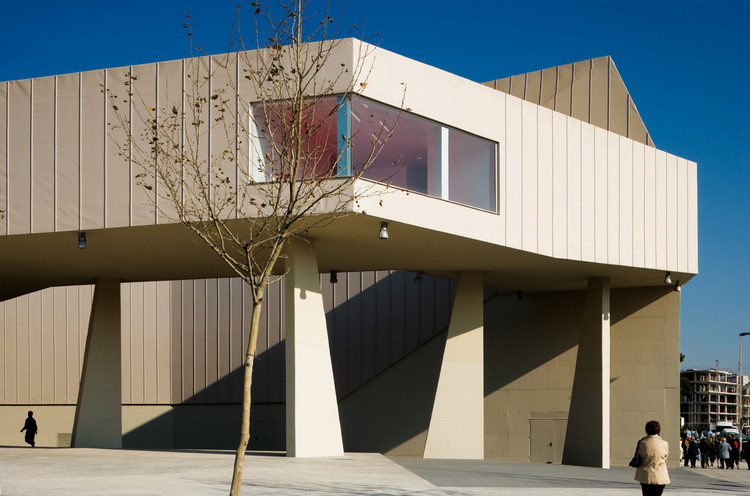 Text description provided by the architects. THE IMPORTANCE OF THE PROJECT OF LA VILA JOIOSA IS ITS ABILITY TO BUILD ITSELF AS A PUBLIC PROJECT GENERATING A PUBLIC SPACE.

Indeed, the volume of construction which requires the program of a large auditorium is huge. It is one of the programs with a greater volume to be inserted in the city. And it is essentially, a horizontal volume. And generally, unless it falls into a capricious situation, the ideal is to be blind to avoid any kind of noise pollution.

... UNLESS IT DOES NOT CREATE ITS OWN URBAN SPACE WHICH TRIES TO BELONG ...

It is like creating a circle of art and then enter it ... We proceeded in this way to think and build the AUDITORIUM. An auditorium is a main program (hall + foyer) and a series of complementary programs generally in order of magnitude much smaller.

We combined them in a way that the smaller programs surrounded the main program, that they were organized in that "arm". On the other hand they connected the two ends from the hall to the foyer, like a rolled whiting.

This arm generates a public space, an uncovered space, a large square that allows the access to the auditorium to be an encounter through that space. It is an area which proposes the celebration of the musical or theatrical activity outdoors and allows to have the feeling of entering to the spatial and public area of the Auditorium even before its access itself.

It is a place that generates a shadow, which casts a circle of shade in both plant and section. In plant because this shade builds an area which both separates and unites the project with the city. In section, because that shadow interpose as a layer built that cuts the main volume and gives a smaller scale more urban. In this way, a depth is created that in principle the auditorium, plan and wall, obviously does not possess.

A single material covers the building walls and ceilings. A piece of sustainable plastic in its construction, development and elimination.

In this way the project reconstructs the image of the mountain that we saw from the place where now the auditorium is located. 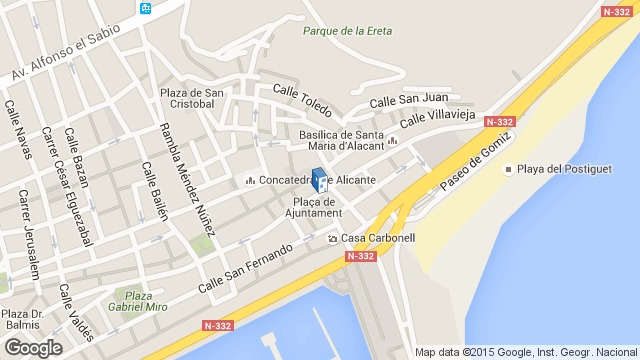 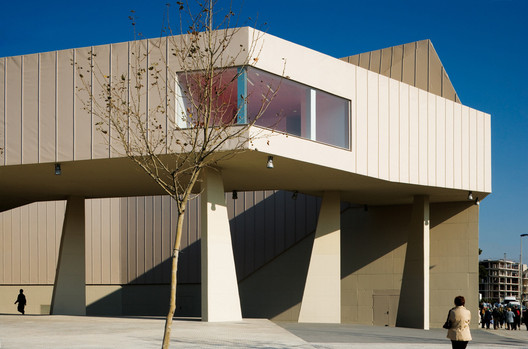