Text description provided by the architects. The El Serrallo kindergarten is north of Granada, with a view of the entire city and the foothills of the Sierra Nevada. It is designed for children of up to 3 years of age, so its functional program and formal characteristics have been adapted to their needs. It consists of 7 units with a total capacity of 102 children.

Given Granada's temperate climate, we have sought a direct relation between the classrooms and the playground on the mountainside in order to foster the children's contact with nature.

The marked topography of the lot and the interest in providing the best orientation and views from the classrooms were determinants in design decisions. The sloping terrain allowed for construction of a building on two levels, each with direct access to the ground.

Materials were chosen on the basis of rationality, economy of means and constructive logic. The desire for maintenance-free outdoor finishes led to the choice of concrete—a continuous layer on vertical and horizontal surfaces that acts as a structural shell—and glazed ceramics for the eastern and western façades.

The playful nature of the playground was emphasized with brightly colored geometric murals designed by artist Eduardo Barco. Neutral materials are used indoors, with white as the predominant color and tiles in the bathrooms. Color takes the fore in the furniture and the presence of the children themselves.

The high degree of seismic activity in Granada, the terrain's scant resistance, as revealed by a geotechnical study, and the need for a 7-meter high retaining wall to sustain the difference in level between the two sides of the building led us to design a monolithic reinforced-concrete structure that optimized the use of micro-piles in the foundations.

With regard to its installations, the building is designed with a bioclimatic character, taking direct advantage of energy sources. Large windows permit solar warming of the classrooms and hallways in the winter but direct sunlight is controlled in the summer by blinds, all of which constitute an important part of the building's outfitting.

The materials employed are drawn from the purest tradition of Granada. The glazed tiles were produced in the same way as those that have covered the Alhambra's wainscoting since the 12th century. And the latticework on the western façade of the kindergarten is a contemporary interpretation of Arab latticework. Indoors, the white color and abundance of light characteristic of Mediterranean architecture are constants throughout the space. 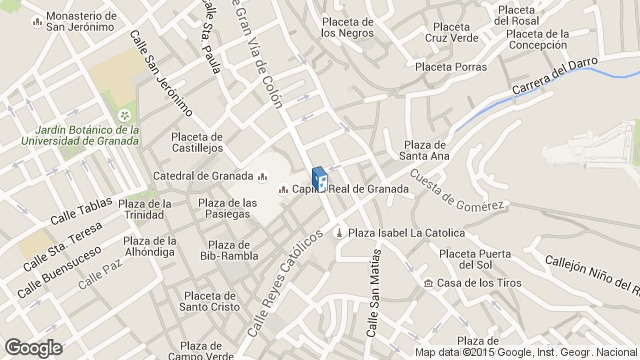 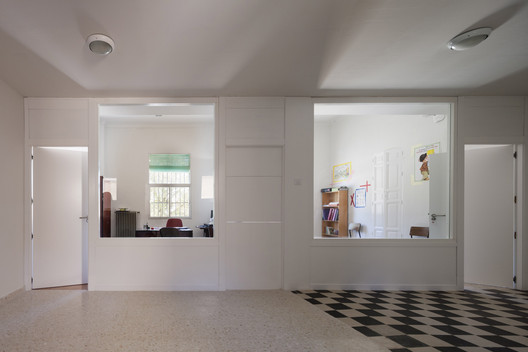