Save
Over 500,000 visitors to the Riverside Museum in its First Weeks / 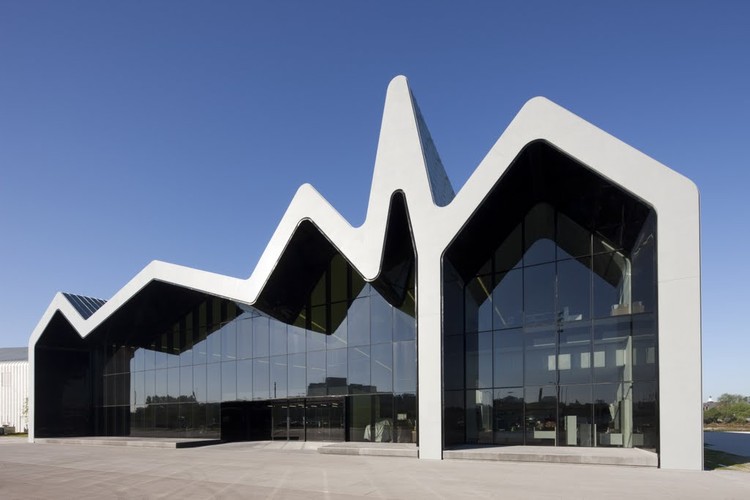 Text description provided by the architects. In June we shared with you a first look at Zaha Hadid Architects' Riverside Museum in Glasgow, Scotland. Opened officially on June 21st the museum in a short seven week time period has already welcomed over half a million visitors!

“It is wonderful to see that the new museum has captured everyone’s imagination,” said Zaha Hadid. “Such passion for innovation and discovery from all members of the community is very exciting.”

"The Riverside Museum has been a huge hit since the day it opened to the public. We knew just how much visitors loved the old Museum of Transport at Kelvin Hall but even so, the reaction to the Riverside Museum has been phenomenal. The feedback from people has been overwhelmingly positive and we are already seeing visitors returning time and again to enjoy Glasgow's latest attraction," shared Councillor Gordon Matheson.

More about the Riverside Museum, photographs and drawings following the break.

The visitors who tipped the museum over the 500,000 mark on August 11 were the Kerr family. Mr Kerr said: "My dad worked in the yards at Yarrows and I would have loved to have shown him round here. It is a fantastic building and they have done a great job. I have been to the old museums at Kelvin Hall and Albert Drive but this building is something else. We really enjoyed our visit."

The Riverside Museum’s design is derived from its context. Located where the River Kelvin joins the Clyde, the design flows from the city to the river; symbolizing a dynamic relationship where the museum is the transition from one to the other. The design is a sectional extrusion, open at opposing ends along a diverted linear path, allowing the museum to position itself as a third river flowing through one of the city’s most historic locations.

The museum is home to the transport, engineering and shipbuilding legacy that made Glasgow the ‘Second City of the Empire’. Hadid’s first major public commission to open in the UK and housing more than 3,000 exhibits, the museum reveals the rich and varied stories of Glasgow’s great achievements, vibrant spirit and technological breakthroughs.

“The history of Glasgow is profoundly interlinked with the history of the River Clyde and together they have informed the museum’s design,” explains Hadid. “Through architecture, we can investigate future possibilities yet also explore the cultural foundations that have defined the city. The Riverside Museum is truly unique project where the exhibits and building come together at this prominent location on the Clyde to engage and inspire all visitors.

“The fluid design continues Glasgow’s rich engineering traditions; a true demonstration and celebration of the skills and passion of local engineers and contractors who helped to bring this building to life. The Riverside Museum rises from Glasgow’s great industrial past to become an integral element of the modern city which is embracing its future.”

At the opening of the museum Councillor Matheson said: “Glasgow’s history as an industrial giant, a global leader in engineering and shipbuilding, is celebrated in an architectural masterpiece which shows that we remain at the cutting edge of design and technology. On the same spot where ships and paddle steamers were built, the launch of the Riverside Museum is an occasion which both Glasgow and Scotland can be proud of. While we celebrate our past, we are determined to look to the future. Indeed, now there are more people working in Glasgow in culture and tourism than ever worked in the shipyards even at their height. Glasgow is a city transformed, from post industrial wasteland, to a global destination for culture and sport.”

Lord Smith of Kelvin, Chair of the Riverside Museum Appeal said: “I want to thank the trustees, our patrons, companies, trusts and the many thousands of individuals who have all contributed to this outstanding celebration of Glasgow’s great industrial and engineering history. Every penny raised by the appeal has been spent on creating what is becoming one of the UK’s leading visitor attractions, but more importantly, a place where children can be inspired by the skills and talents which made Glasgow a global great.”