Save
The Conga Room / Belzberg Architects 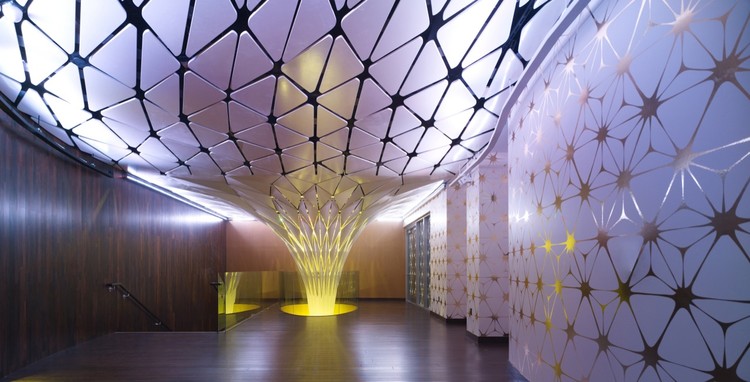 Text description provided by the architects. The Conga Room, in its new location at LA LIVE in downtown Los Angeles across from the Staples Center, is the city’s premier Latin nightclub. The space will feature today’s hottest Latin performers in its 14,000 square foot live venue space, which includes a restaurant, three distinct bars, patio seating, and a VIP lounge and private room. In addition, the club will host LA TV and world-renowned DJs adjacent to the stage and above the crowd, adding even more excitement to the ambiance. Perhaps the club design’s greatest intent is to be true to the energy of the Latin community, to pay homage to its roots and deep history while infusing it with Los Angeles’ fervent modern lifestyle.

For over a decade, the Conga room has been a Los Angeles cultural landmark. The Latin live music and dance venue was LA’s center for Salsa and Rumba. The original location closed in 2006 with the goal of opening a new venue in the new “LA Live” complex in Downtown, Los Angeles. The new home would contain a 16,000 sq ft live music and dance space made up of a multitude of programs—a large dance floor, a stage, multiple VIP areas, a full-service restaurant and three bars, each with their own unique environment. Collaboration with Cuban artist Jorge Pardo and Mexican muralist Sergio Arau, designers of the Papaya Bar and Surface Tattoos, respectively, was essential.

As if coordinating and blending the variegated programs and styles together wasn’t challenging enough, the space, originally planned for office use, had a very low and equipment-filled ceiling to negotiate and needed to operate within a mixed-use building. As a consequence, three major factors began to drive the design process: First, the space had to be acoustically isolated from the rest of the building while simultaneously performing acoustically for its performers and patrons. Second, it was anticipated that the club would continuously be filled to capacity, thus most conventional architectural devices—walls and floors, would be obfuscated by patrons. Finally, the club was located on the second floor of the building off of the main plaza—a classic foible for restaurant and club operators who commonly have difficulty in beguiling patrons up a flight of stairs or elevators. The solution was to use the ceiling to perform as the spatial organizer, the primary acoustical isolater/amplifer and event attractor.

In an effort to meet the client’s desires for an aesthetic that reflected the vibrancy and dynamism of Latin culture, the ceiling surface, fashioned from a series of Computer Numerically Controlled (CNC)-milled, painted plywood panels, was created from an assemblage of diamond patterns, which were initially derived from the classic Cuban Rumba dance step. Each panel represented a Petal while groupings of six Petals constituted a Flower. Parametric 3D modeling and building performance software aided in the proliferation of the Flowers in a unified, undulating surface that waned and blossomed, delineating each of the unique environments within the club. As the event attractor, the ceiling panels converged into a 20-foot tall glowing Tornado that penetrated the dance floor, inviting and guiding patrons up to the activities in the club. To further intensify the experience, the room boasted an integral, state-of-the-art LED lighting system which gave the ceiling the ability to change color and atmosphere at the push of the button or even react to, in real time, the rhythms and sounds of the music, becoming an active participant in the scene.

In addition to aesthetic concerns, the ceiling had to mitigate complex building infrastructure goals specific to that of a live music venue. Multiple lighting systems, audio visual systems, mechanical systems and fire/life safety systems, among many others, had to be considered. As previously mentioned, various acoustical considerations had to be explored and controlled. The parametric design model allowed the porosity of the ceiling to be manipulated based on feedback from performance, based on data collected from various acoustic analysis software packages. In effect, the ceiling was not an infinitely thin surface extended to all corners but rather a Deep Surface, layering and mitigating multiple constituencies to create a complex piece of building infrastructure providing both a dynamic visual environment as well as a great place to listen to music. 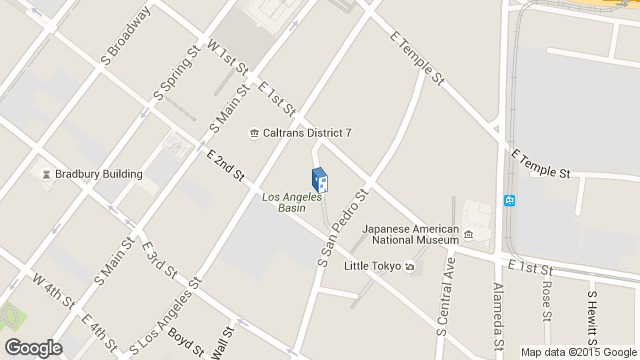