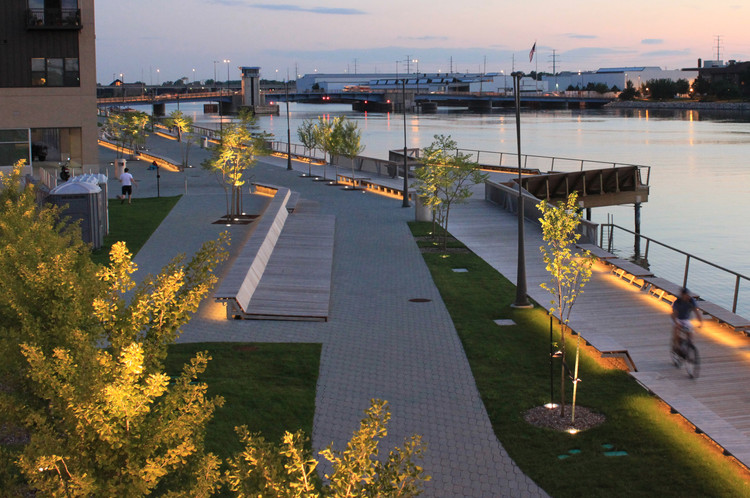 Text description provided by the architects. The CityDeck by StossLU is a two-acre long strip of riverfront land developed primarily to increase access to the Fox River and to foster civic and social presence on its edge. The first stage of this multiphase project sought to directly engage community members and city officials in the re-activation of the site. The main goal of the project was to infuse a programmatic dependency between the new public park and the under occupied surrounding city blocks.

Several design inter-related design elements are married in order to produce an overall composition that simultaneously promotes movement towards the water and along it. A wood boardwalk twists and folds along the project producing a diverse set of urban furniture that are placed in zones that promote differing relationships with ones urban and natural surroundings.

Slivers of lawn and hardscape intertwine along CityDeck creating spaces suitable for many programs. Flexible paved areas specifically sited near street entrances serve as zones for larger spontaneous gatherings or planned events at a civic scale. The diverse quality of spaces created by these elements bring a degree a flexibility to the project leaving its ultimate use up to its users.

The seemingly simplistic formal and material logic laid out in the project breeds a spectrum of complex relationships between the park-goer the city and the river. The next phase of this project will push this idea further. Amphitheater steps, a stage, an urban bench and docks for boaters will be incorporated over the water.

Several new constructions alongside CityDeck will bring a greater degree of urban connectivity to it in the future. That coupled with the multitude of programs that exist there positions CityDeck as a new node of urbanity within the city of Green Bay. 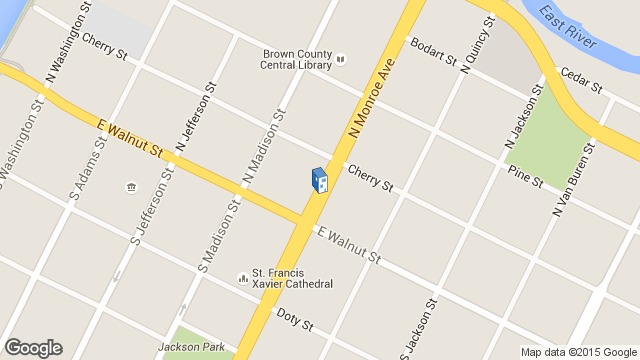