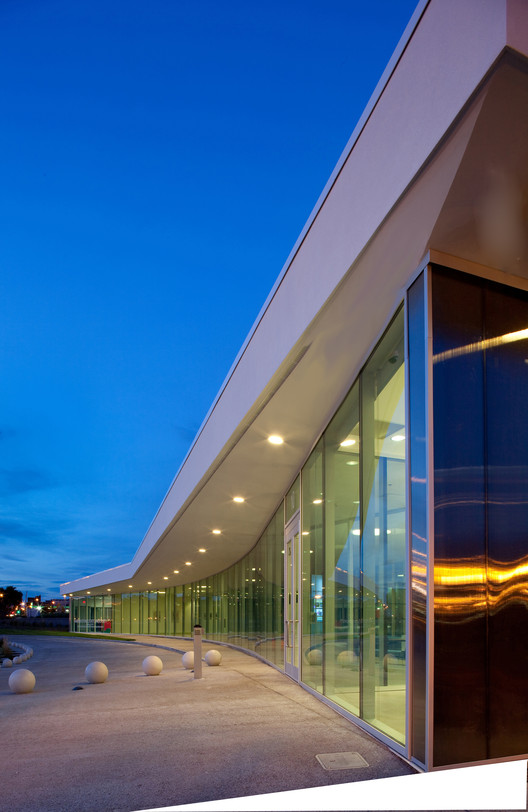 Text description provided by the architects. The Early Childhood & Parenting Education Center at Harris Stow State University is an architectural anomaly in this area of St. Louis, Missouri. The building, by LuchiniAD, stands out among the brick buildings with its bright white roof and sloping shape. LuchiniAD designed the graceful, contemporary building in response to another condition all too present in St. Louis and other midwestern cities, the vacant lots.  More on the building after the break.

LuchiniAD sees these empty lots as “erasures” that have as much of a presence within the city as the standing buildings. The Early Childhood & Parenting Education Center at Harris Stowe State University sits comfortably within this contemporary context by proudly occupying its entire site. Its low profile curves with the subtle changes in topography. On its prominent location at the entrance to Harris Stowe State University’s campus, the building is a new layer coating and responding to the ground it sits on.

The program of the Early Childhood & Parenting Education Center called for areas for students and children at the child care center to be both linked and separate. Spaces were necessary for HSSU Early Education students to attend classes and to observe children, while the child care center also required classroom spaces and areas for the children to play and be observed. The resulting design by LuchiniAD places the separate programs so that they overlap seamlessly within the building, and yet retain individual importance.

One way in which the two different programs maintain separation is by including two entrances in the same building. The community entrance to the child care center is located on the western face of the building where the community approaches a one story facade clad in blue tinted glass. The student entrance is on the eastern façade facing the campus and placed above the children’s school. LuchiniAD described the building as equally transparent and protected, accomplished through layout as well as materiality.

By filling the entire site, the Early Childhood & Parenting Education Center allows for a large private courtyard in the center of the building. It is in the courtyard that programs overlap. Where the children play in a safe closed off environment, and the HSSU students can observe from the second floor on the eastern half of the building. The first floor contains the spaces for the child care center grouped around the courtyard that punctures the white roof. LuchiniAD created two rings of program, with classrooms towards the center and support spaces around the edges.

Seen from above, the courtyard creates a large cutout in the smoothly curving roof that has such a solid character from the ground. Covered in a white rubber rood membrane, the roof sits atop the building like a seamless cap, with the mechanical equipment hidden in a plenum space. Below it, three of the facades are clad in a bronze polycarbonate to create another layer of protection and transparency. The thin panels serve as a small but forceful barrier between interior and exterior, and reflect the surroundings of brick buildings and open lots that inspired LuchiniAD. 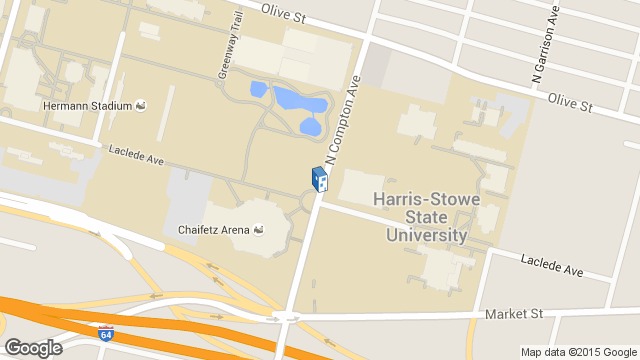