Save
Redefinition of the Closing of Yrizar Palace Garden / VAUMM

Text description provided by the architects. Originally located outside city walls, later within the following quartiers of the growth of the town of Bergara, the Palace appears as Yrizar property in 1659. At this time it was still a large house with some orchards around, and the owners renovated it completely. It was in 1692 when we find the first description that refers to the existence of a Renaissance garden.

Between the decade of 60´s and 90´s, orchard/garden space undergoes various changes and transformations. The space that we perceived at the end of 2010 was basically defined by an enclosure that includes the landscaped areas, the garden of Renaissance origin and "closing", protected by a decree of the culture department of the Basque Government, in which it’s only mentioned the garden.

The original masonry wall has disappeared and in its place we can find a kind of lattice closing, which is not due to any previous model. Unfortunately, the enclosure lets the garden be viewed by pedestrians and therefore it´s distorted its perception as an isolated garden from its environment, distorting the original hortus conclusus spatiality.

On the one hand, the aim of the intervention guarantees to remain intact the cultural heritage site. The actions propose to redefine with contemporary finishing materials the historical value without distorting the perception of the palace-garden set, the original spatial location.

The operation tries to regain somehow the Classic Garden privacy, needed to restore the meaning of this space, that originally was directly related to the palace and protected from the outside world. The same vocation of the masonry wall that past interventions had significantly distorted, becomes into twenty-first century´s metal sealing, similar thick but subtly "suggests" the garden that hides and protects.

The perimeter closing varies in intensity according to the garden area that encloses. From the required opacity in the perimeter of the Classic Garden , to a certain permeability in the far side of the palace (westside) until it finally disappears in the north, marking where should be continued the closing of the gardens of the palace.

A corten steel plate in an "L" of 150x300mm and 6mm thick, placed in different positions is the generating element of the closing, which redraws the original stone wall thickness, but lighter. Clamped between two plates, the sequence of steel plates builds the "new" wall, which transforms the relationship between the garden and the street. Furthermore, this wall is engraved with some information, text and maps that provide data on the whole, that somehow, puts it in value and returns it to the collective memory of the citizens of Bergara. 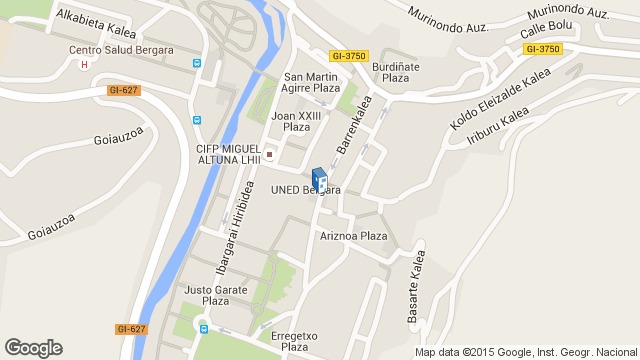