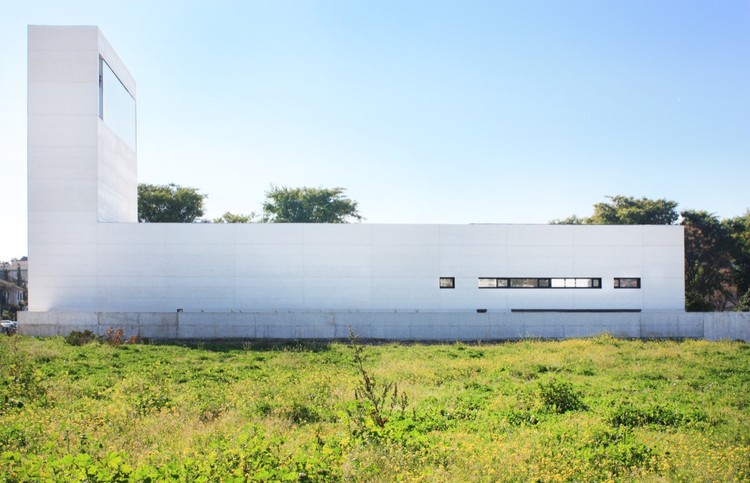 Text description provided by the architects. This parish center is located on a corner plot in a residential area between Historiador Dozy and Francisco Azorín streets. The extended side is situated in front of a green zone and the lateral side faces residential buildings. The rest of the surroundings are still undeveloped. To the north and west of the plot the structure is set back four meters off the boundaries. On the north side, the entire surface which coincides with the length of the structure is occupied by an English style garden at the height of the basement, to allow light and ventilation and give a courtyard that can be accessible by the public.

The complete parish is enclosed by a single prism with the peculiarity that the short facade on the corner rises to seek the utmost possible light, fusing three concepts that are historically separate, the bell-tower, singular facade and light entrance or skylight. The prism is white prefabricated concrete with a fluted base able to introduce horizontal light.

The prism consists of the vestibule on the opposite end of the front wall of the presbytery, from where one enters the temple, the local parish basement and the first floor dwellings. The entrance of the church has access to the sacristy, the chorus, the main hall and the chapel of the Blessed.

The interior space is unified by a cloud with a convex plain form locked in by the structure. The cloud circulates around the space until it is lost in the heights of the skylight. The light fades on the curved plane while dripping the headwall of the presbytery. This diffused light illuminates the entire temple. In the chapel of the Blessed a similar cloud forms the ceiling, like in the main hall, but instead it rises and the bends down to accommodate the altar. The unity of the composition like the unit to which sacred architecture aspires allows the integration on the idea of a temple a sacred art inside. Many artists have added their work to the final configuration of the sacred space. 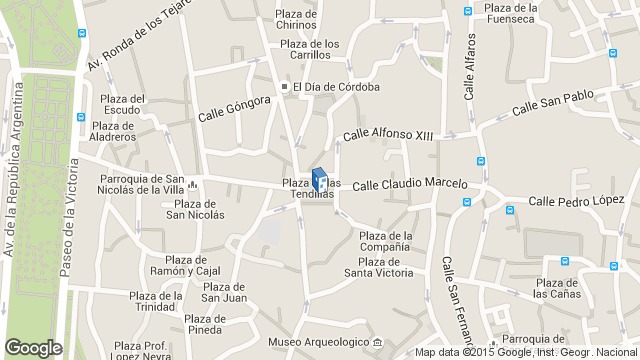