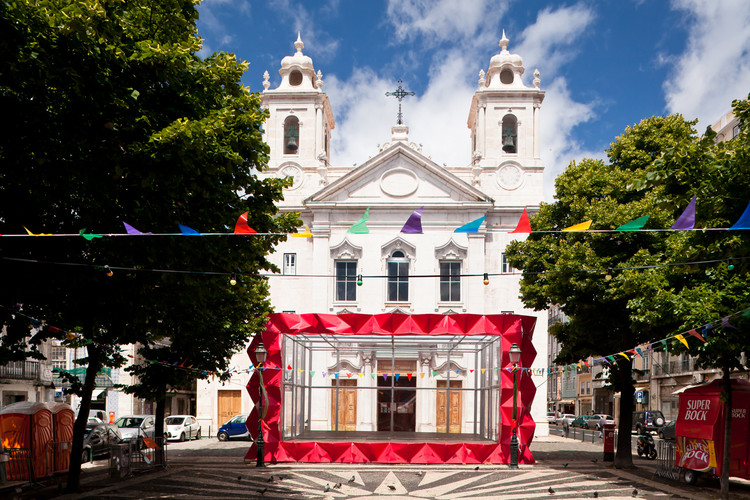 Text description provided by the architects. Regardless of its obvious architectonic and historic value and its central location in the city of Lisbon, the square of S. Paulo has been merely a passage site on the way to the underground clubs and bars on the downtown area - paradoxically marginal and desert in the centre of the city.

Taking advantage of the celebrations of the patron saint of the city - St. António - that take place during the whole month of June, the cultural association Parafernália joined forces with Ordem dos Arquitectos in order to revitalize and reactivate this site placing it again on the city routes.

The idea was that the intervention would focus mainly on an attractive stage to be the platform for the invited artists to act. It should be a single low-cost object with the ability to be the engine of this new centre of cultural events - a temporary piece that would be the star both of the square and the parties, made to receive not only popular concerts, but also rock, world music, fado nights and DJs.

Despite the scarce resources and the huge volumetric scale desired for the stage, this lightweight structure (made out of prefabricated modular parts) was designed to impose itself as an iconic urban catalyser while retaining and respecting the consolidated spatial hierarchy of the square. At the same time, it is a project that takes advantage of the use of colour as an urban activator contrasting with the subdued colour of the old town.

The front of the stage resembles the historic building of "Casa dos Bicos", just nearby, and also the typical balloons of the St. António festivities. Its picturesque scenic forms were attained by the superimposition of standard structures coated of textile material dyed in red.

Considering the given implantation, the stage box itself was designed to be intangible and to mingle with the people and the city. As it is just a cover for the rain, it is transparent (plastic), letting the historical monument behind it - St. Paul's Church – to be part of the intervention and fully visible from all over the square.

During the day, the sunlight of Lisbon makes the fabric glow red and reveals the expressive projections of the structure’s shadows. At night, when the events take place, the stage is illuminated into a sinuous frame of red light.Being useful for the all month for the local community, this project was a temporary action that hopefully will remain on time. 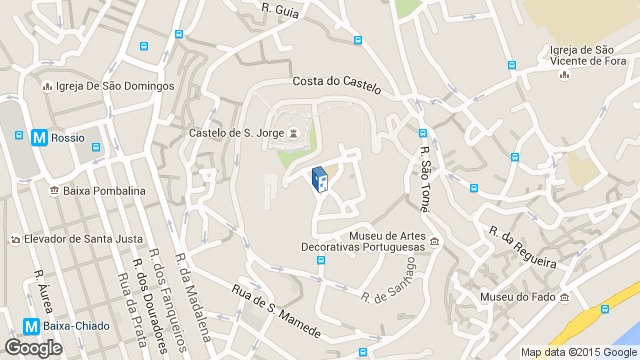 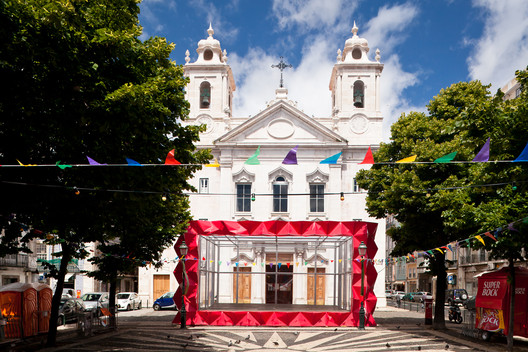