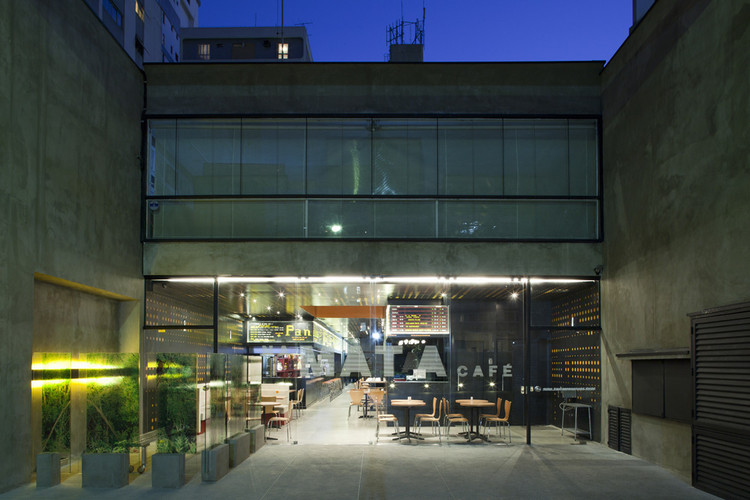 Text description provided by the architects. Na Mata Café is a traditional restaurant and concert venue in São Paulo, Brazil. Soon after starting this project, we found out that the venue was packed with much more history than we had originally expected: before becoming Na Mata Café, it was the bar called Popular, and prior to this, in the 1970’s, it was the well-known Clyde’s bar. There are even those who say that the original construction was a project by Vilanova Artigas; however, this fact still remains unproved.

All these years of activity required a series of small renovations to the venue, with each one layered over the other. This layering of renovations over time resulted in an unclear identity and a partition that could not meet the fluidity and spatiality needed for a good operation of the concerts versus restaurant duality.

Due to matters of execution deadline, our proposal had to be based on the maintenance of certain pre-existing aspects such as the kitchen and some other items had to be kept as their originals. We opted to make a more radical change in the rest using materials, finishings and illumination in order to create a clear identity for the venue and its different areas.

The front portion of the restaurant was completely remodeled. The entrance access, all made of glass, allows one to see all the movement inside. The façade, made of cement finishing, is more discrete and provides visitors with a clear invitation to the entrance. The long bar has been kept, but in the foreground there is a long panel (over 12 meters of length) made of “butcher’s little letters” writing the menus, the bands of the week, curiosities and other activities from Na Mata Café. This element, existent in the previous project, have been reinterpreted and applied in a new, much more emphasized way. New furniture has been designed by our office for the restaurant area.

We placed stickers on the walls and ceilings with a standard of orange circles, the graphic design developed to be the new identity of Na Mata Café. This graphic design has also been applied in the concert area and on the second floor, unifying the venue, going in an opposed direction of that of the former proposal. The circles are orange with varied diameters in order to assume a random standard on the vinyl sticker and giving a look to the interior of the edifice. The illumination is integrated to the design identity, with luminaries always occupying the space of some of the circles.

A reorganization of the back, the concert area of the nightclub, was very advantageous: the stage have been expanded 50% and the restructured dance floor remained the same size, but gained in perspective, with the VIP areas on both sidelines. A discrete support bar avoids the flow to the front of Na Mata where the main bar is placed. Besides a new, much clearer identity in its different areas, the intervention proposed to Na Mata was able to intensify its previous vocations – a new, cosmopolitan restaurant, ready to host invited chefs (Na Mata’s proposal), and a much more organized concert venue, ready to receive all sorts of musicians and bands. 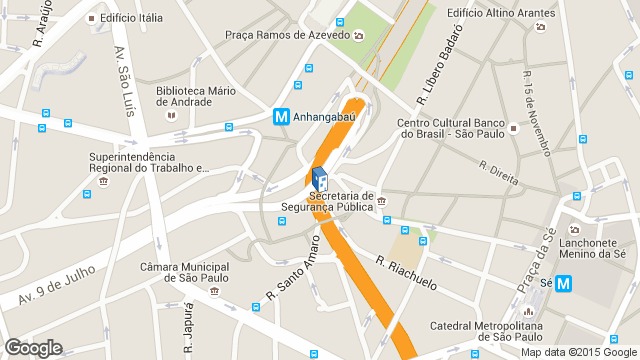