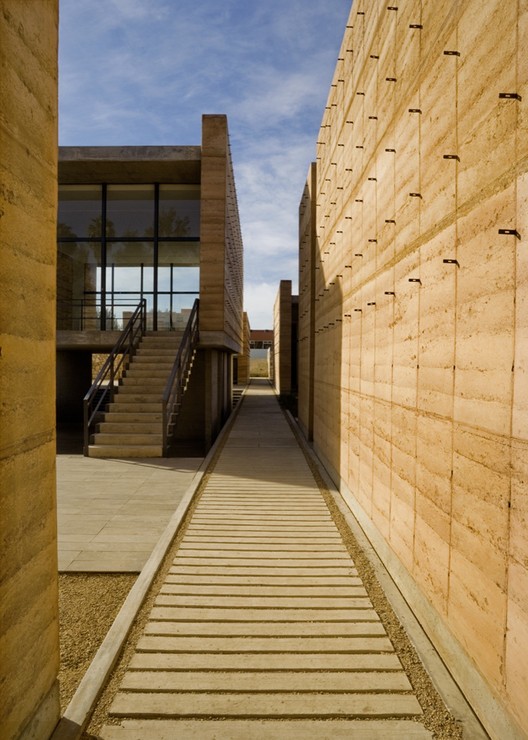 Text description provided by the architects. The School of Visual Arts of Oaxaca was developed at the request of the artist Francisco Toledo, in collaboration with the Universidad Autonoma Benito Juarez. The lack of a master plan integrating the pre-existing buildings led to the project being designed as a large garden rather than just another building. At the same time, the building under construction on the campus were producing huge amounts of earth. These contingent factors suggested raising a bank of earth to provide the isolation necessary for an art school. Due to calendar and budgetary issues, the school was planned in three stages. The first two have already been built, giving form to what's become known as "the crater", which defines its perimeter with regard to the rest of the campus.

The school has two building types. Those built in stone act to retain the earth banks and provide usable terraces. Their orientations correspond to the faces of the banks and have courtyards and windows depending on their use: the administrative area and media library have views southward, and the classrooms have mainly views onto the courtyards to the west and east. The other buildings are independent of the earth banks and are all north-facing--except the gallery and main lecture hall which faces north-south-and built using compacted earth. This organic material not only gives the buildings its character, with its irregularities and textures, but also provides a construction system that contributes to creating a microclimate that is perfect for the extreme climatic conditions of Oaxaca city, as well as acoustically isolating the classrooms.

The decision to raise the main lecture hall on concrete supports with a patio underneath creates the heart of the project and defines both a construction system and a process of subtraction to elevate this iconic construction.

Large windows on the north facade cross-ventilate the workshops and give the best possible lighting for the building, carrying the interior on into a space of equivalent size but in the open, and reducing the interior's direct exposure to sunlight. These patios suggested a checkered floor--with the buildings and patios the black and white squares respectively--where the mass-void in the paths created visual vanishing points and varied routes. The conservation of the formwork ties every 61 cm transforms the facades with the shadows created by the movement of the sun, and they can also be used to hang, support, or tense objects.

The main entrance is foreshortened, distorting the reading of the complex from the outside with its apparently small scale, with a collection of bodies in perspective seeming to form a virtual shell, given the structures grow in size from the exterior to the interior. So instead of opening them up, the strategy involves creating lobbies for the spaces to isolate them from the noisy exterior, with the banks acting as informal entrances that create an ever-changing perception of the volume. The building was built as a garden, as a space in which to work and socialize, with the flexibility to be inhabited in various ways.

Francisco Toledo played a key role in designing the exteriors. Macuil trees in the gravel-floored patios have canopies whose shadows create spaces in which to work, and the earth banks are planted with low-maintenance plants in order for the garden surrounding the school to be a living entity. 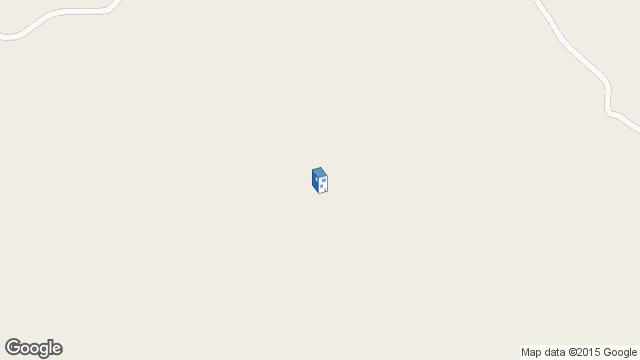