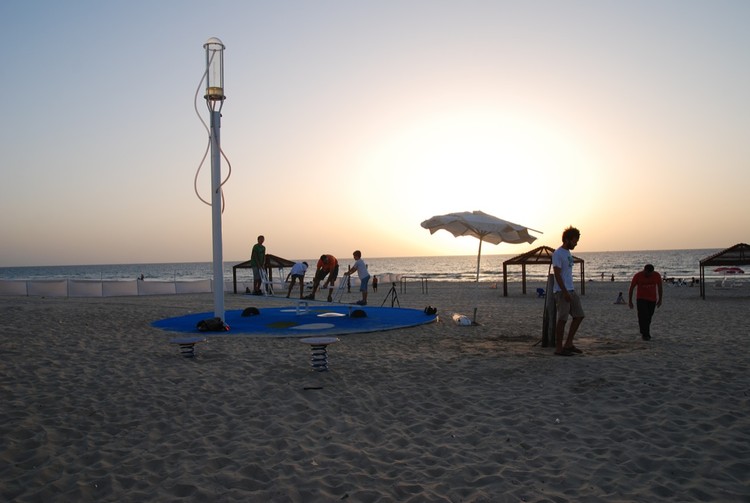 Text description provided by the architects. Tamaguchi Park relates to Tamagotchi, a toy from mid-90 of XXth century, the first one to address the question of educating children on care and responsibility through direct feedback from an artificial pet "fed" and"caressed" by its young owner. Centrala and Eifo Dana Group wanted to create the analogous relationship between the caring user and an artificially created landscape on a sandy slope facing the beach in BatYam. The intervention is therefore composed out of two physical elements; the water producing installation, the "park" and an accompanying educational program for kids from local schools headed by ten volunteers.

The shortage of water is one of basic political issues in Israel, a country oriented towards the land but almost entirely ignoring the potential of the sea, thus with one exception which is the one of largest desalination plants in the world. Since year 2008 watering of private gardens in Israel was forbidden, as well as limits of water for municipal gardening. Centrala and Eifo Dana Group's aim was to directly link the individual and group action with the effect. The installation was based on a direct feedback interaction principle developed during conceptual work on Public Water Purification Island in Warsaw according to which the real meaning of the action overtaken by a person from public is secondary when it comes to motivation. Instead, the motivating element is a direct, universal action bringing simple positive emotions in first place (amazement, joy) the reflection on real meaning being produced after the physical act. 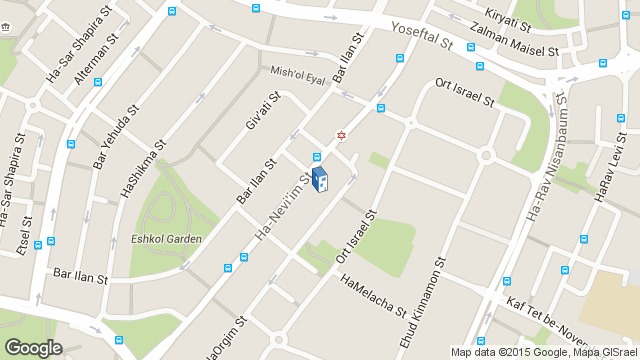