Text description provided by the architects. The Rijksmuseum Vincent van Gogh was commissioned in 1963, but not completed until over a decade later. Gerrit Rietveld was originally chosen to spearhead the project, and provided the initial design. Tragically, however, Rietveld died a year after the project began. Rietveld’s colleague on the project, J. van Dillen, took over the commission as a result, sticking closely to Rietveld’s previous sketches. When van Dillen died in 1966, the project was finally left to be finished with a slightly adjusted design by J. van Tricht.

After the death of Vincent van Gogh in 1890, his vast painting collection was passed through family members until it was finally inherited by his brother’s son, Vincent Willem van Gogh, in 1925. V. W. van Gogh coupled with The Kingdom of the Netherlands to initiate the project of creating a museum for celebrating and displaying such a national treasure, which in the mean time was being housed at the adjacent Stedelijk Museum.

Keeping within the vein of Dutch pride, the obvious choice to lead in the design for such an undertaking befell to Rietveld, who was more than happy to be a part of such an important historic and nationalist venture.

The most important requests made by the clients were the scale of this new museum in comparison to the surrounding buildings (especially the neighboring Stedelijk Museum) and to accommodate lots of overhead natural daylight in the main atrium space.

Each successive upper floor has progressively less area, making it possible for visitors to see each preceding gallery when looking down through the atrium as they advance upward through the museum; this notion was reminiscent of his previous design for the De Zonnehof  museum, but much more complex this time. The most iconic component of the museum interior is the stair case cantilevering into the center of the atrium.

After Theo van Doesburg’s death in 1931, the De Stijl camp essentially fell apart without a cohesive leader at its core. Although Rietveld’s Schroder House was a monumental achievement for the De Stijl movement as being the only structure truly built to the De Stijl principles, much of Rietveld’s later designs were not exclusively based around such standards.

The Rijksmuseum Vincent van Gogh is much more geometric and functionally based than the more abstract spatial concepts Rietveld deployed in the Schroder House or his famed Red Blue Chair, for example. Nevertheless, the van Gogh museum still possesses great spatial qualities in and out side of its gallery spaces, serving over a million visitors from all over the globe each year. In 1999, an additional building designed by Kisho Kurokawa was built and is used for temporary exhibitions. 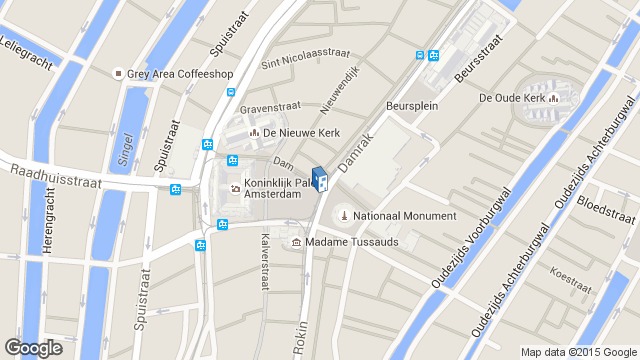 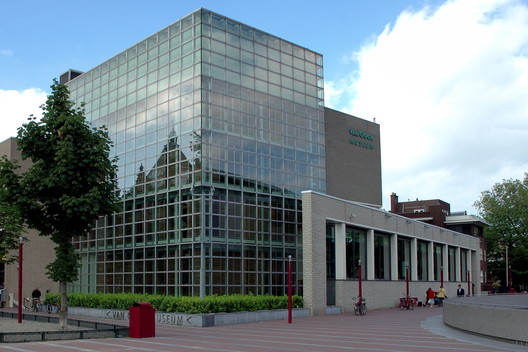