Save
AD Classics: The Pagoda / Miguel Fisac
Share
Or
Copy 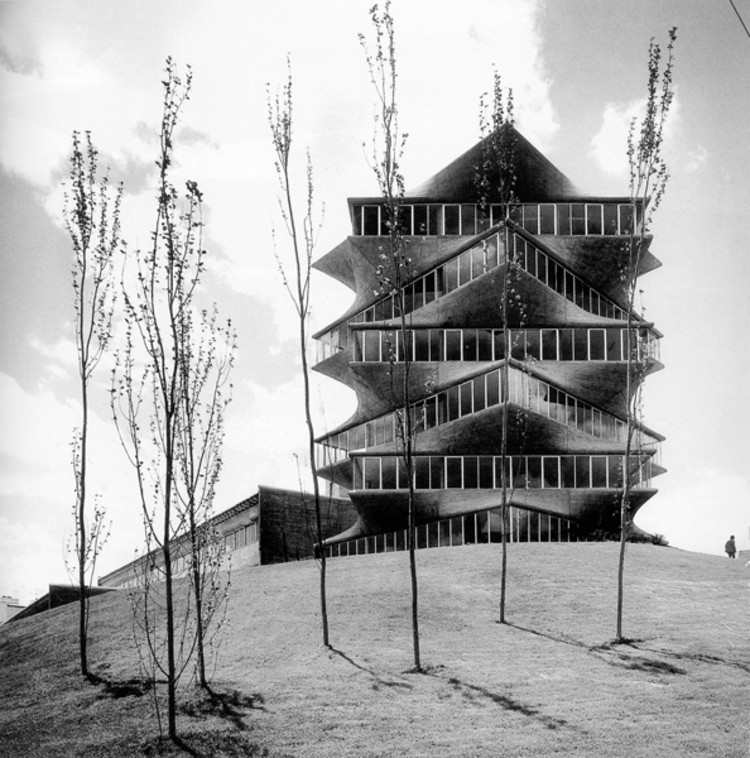 Text description provided by the architects. Laboratorios Jorba is commonly referred to as the Pagoda because its rotating floors create a shape reminiscent of tiered eaves found in traditional pagodas. Built by Spanish architect Miguel Fisac, the tower stood on the outskirts of Madrid between 1968 and 1999. The Pagoda was a strong example of Fisac’s playfulness and skill as an architect, and a master of concrete.  More after the break.

Miguel Fisac is recognized as the leader of modern architecture in Spain in the second half of the 20th century. His work spans six decades, and includes the construction of over 300 works in that time. Fisac is also credited with projects in many other design fields such as industrial design, furniture design, urban planning, and painting, but is most well known for his innovative buildings and his fascination with concrete.

In the 1950s Fisac produced an incredible amount of prolific work, and also began his relationship with concrete. This relationship informed many of his most recognizable buildings, including the Pagoda. He embraced the material’s flexibility and saw it as the modern material to partner with his designs. Fisac played with modular concrete pieces early on, which led him to develop the post-stressed hollow concrete beams for which he is most well known. These beams are reminiscent of bone structures and appear often in his work of that time period. Later in his career, Fisac experimented with the materiality of concrete formworks, resulting in new surface conditions in set concrete.  For the Pagoda, Fisac used wooden formwork to create patented pre-cast panels for the exterior, allowing for total control in the form of his design.

The Jorba Pharmaceutical company commissioned Fisac to design their building in 1965. The resulting Pagoda housed Jorba’s production, storage, and administrative offices within the highly visible tower, and the long base on which it sat. The Pagoda was located along the highway just outside of Madrid, providing the passing traffic with views of the curving concrete exterior.

The tower was made up of five floors, with a base of three floors below. The tower’s five octagonal floor plans shift 45 degrees as they rise, creating the shape that recalls a traditional pagoda.  Within the building, steel columns and the central core with circulation unite the twisting floors.  On the exterior, Fisac’s spectacular concrete panels also unite the floors, which are topped with a pinnacle.

The surface of the concrete is marked with the lines of the wooden formwork. The lines repeat and enhance Fisac’s hyperbolic paraboloid curves, which wrap the tower’s shifting floor plans. These concrete hyperbolic paraboloids are shells of concrete which curve in two directions. The panels are rectangular, and vary in size to connect the floors.

The Pagoda stood outside of Madrid for 30 years, but was demolished in 1999. Its demolition received a significant amount of attention from the public who speculated on the reason the building was going down. The Pagoda was not considered a historic building valid for protection in Spain, and therefore the owners had freedom to do what they wanted on the site. Especially unfortunate was that an elderly Fisac was still alive to see his Pagoda demolished.  Today the piece of land holds a much larger building, using up most of the site’s footprint. The Pagoda no longer stands and is now memorialized through images of its existence, as well as its destruction. 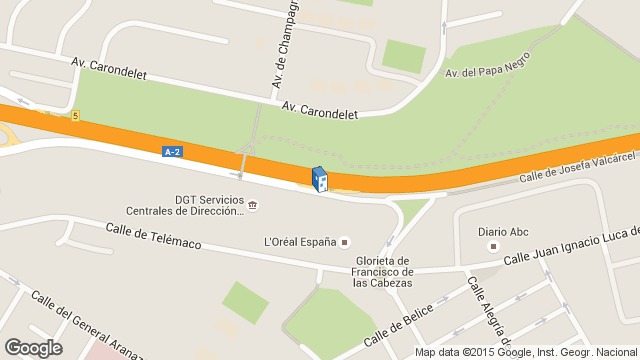 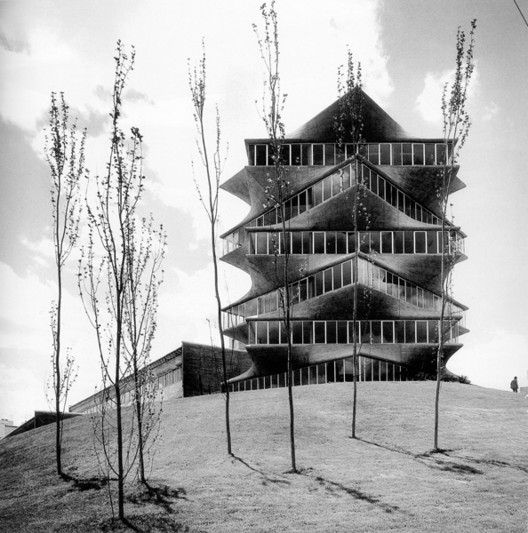