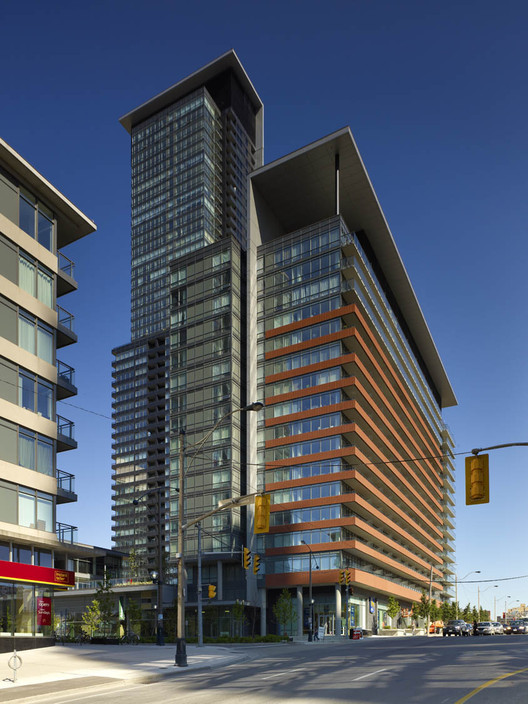 Text description provided by the architects. Block 24E combines residential building forms of different heights with street-related retail bases to activate the southern portion of Spadina Avenue, one of Toronto’s most important north-south arterials. It anchors the CityPlace development as it transitions from east to west and forms a gateway on Spadina to create a more inviting pedestrian experience. Beyond activating the precinct, its formal silhouette will make a significant statement in support of the Mayor’s and the City of Toronto’s agenda to create a City Beautiful.

The design is composed of three distinct elements: NEO, a north-south loft building, a light Pavilion with restaurant, retail and recreational amenities on Bremner Blvd, and Montage, a 40-story point tower on the north-west corner of the parcel. A continuous abstract element defines the profiles of both horizontal surface and vertical planes and unifies the ensemble. The overall expression of the buildings is light and contemporary, using glass and metal on the upper stories to mitigate the impact of their mass on the street, while stone, wood and other tactile materials establish an inviting, pedestrian-scale experience at street level.

The Montage tower is set back to have the least impact on the street. Its larger face is oriented to maximize optimal views to the Lake Ontario and city. The design was conceived in the spirit of iconic towers that distinguish major international cities, emphasizing simplicity and proportion to create a bold statement for City Place on Toronto’s skyline.

The architectural concept speaks to an increasingly sophisticated and discerning first-time group of home buyers who want to live in the city but need affordable homes. The units in the NEO building have already been sold out, largely due to their modernist yet cost-effective designs which feature sliding glass doors, natural materials and flexible and highly functional plans. A major grocery store will provide a much-needed source of fresh produce and attract residents from the surrounding neighborhoods and towers.

The design of Block 24E demonstrates that contemporary residential developments can be cost effective, distinctive in design, and have a broad and positive urban impact. 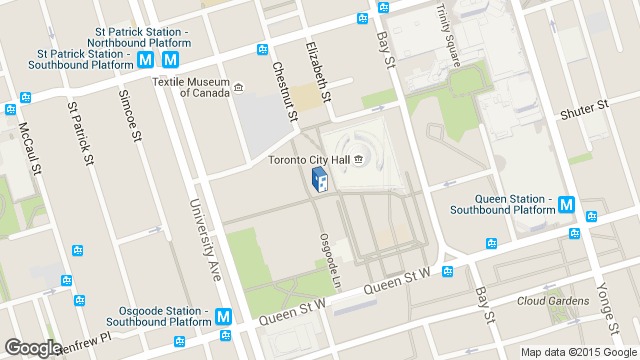