Text description provided by the architects. By developing climatic solutions for different sites and programs, Indian architect Charles Correa designed the Kanchanjunga Apartments. Located in Mumbai, the U.S. equivalent of New York City in terms of population and diversity, the 32 luxury apartments are located south-west of downtown in an upscale suburban setting embodying the characteristics of the upper echelon of society within the community.

In Mumbai, a building has to be oriented east-west to catch prevailing sea breezes and to open up the best views of the city. Unfortunately, these are also the directions of the hot sun and the heavy monsoon rains. The old bungalows solved these problems by wrapping a protective layer of verandas around the main living areas, thus providing the occupants with two lines of defense against the elements.

Correa pushed his capacity for ingenious cellular planning to the limit, as is evident from the interlock of four different apartment typologies varying from 3 to 6 bedrooms each. Smaller displacements of level were critical in this work in that they differentiated between the external earth filled terraces and the internal elevated living volumes. These subtle shifts enable Correa to effectively shield these high rise units from the effects of both the sun and monsoon rains. This was largely achieved by providing the tower with relatively deep, garden verandas, suspended in the air.

Clearly, such an arrangement had its precedent in the cross-over units of Le Corbusier's Unite d' Habitation built in Marseilles in 1952, although here in Mumbai the sectional provision was achieved without resorting to the extreme of differentiating between up-and-down going units.

The building is a 32 story reinforced concrete structure with 6.3m cantilevered open terraces. The central core is composed of lifts and provides the main structural element for resisting lateral loads. The central core was constructed ahead of the main structure by slip method of construction. This technique was used for the first time in India for a multistory building.

The concrete construction and large areas of white panels bears a strong resemblance to modern apartment buildings in the West, perhaps due to Correa's western education. However, the garden terraces of the Kanchanjunga Apartments are actually a modern interpretation of a feature of the traditional Indian bungalow: the veranda. 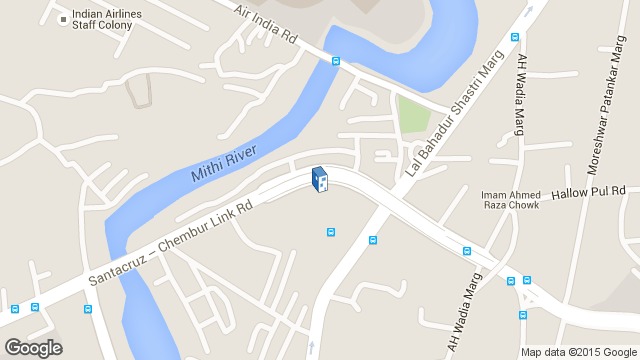 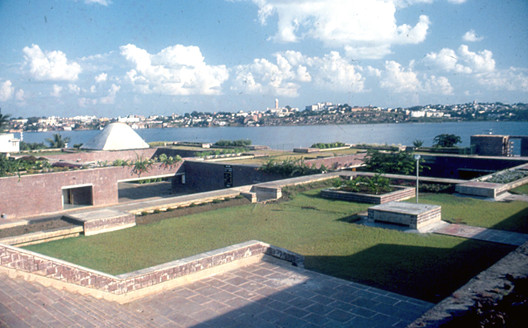