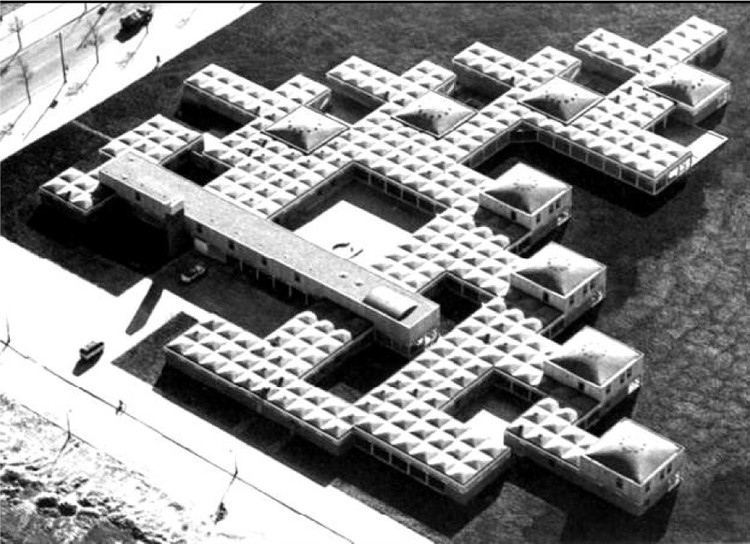 Dutch Architect Aldo van Eyck built the Amsterdam Orphanage in 1960. His design focused on a balance of forces to create both a home and small city on the outskirts of Amsterdam.

As a member of CIAM and then a founding member of Team 10, van Eyck held strong opinions on post-war architecture. The Amsterdam Orphanage was van Eyck’s opportunity to put his opinions in practice through his first large scale built project.

Van Eyck criticized early post-war architecture as lacking a human element. In the Amsterdam Orphanage he sought to design a modern building with a new urban vision from those of his CIAM predecessors.

CIAM, Congrès internationaux d'architecture moderne, was an organization of architects founded between 1928 and 1959 to promote and discuss the principles of modern architecture.

Team 10 was formed as a reaction within CIAM around 1953. As CIAM began to dissolve, van Eyck and a small group of young architects formed their own organization. While they remained autonomous as designers, the Team 10 architects met to share and discuss their work, including van Eyck’s Amsterdam Orphanage

At the time of its completion, the Amsterdam Orphanage was located on the outskirts of the city. It was commissioned as an orphanage for children of all ages and includes sleeping quarters, a kitchen, laundry room, gymnasium, library, and administrative spaces. Van Eyck spoke of the Orphanage as a small urban study.

Therefore van Eyck’s designs for the Orphanage were those of both a home for the children, as well as the plan of a small city. He created a decentralized urban node with many points of interaction within the plan. Van Eyck was interested in a nonhierarchical development of cities and in the Amsterdam Orphanage he created a building with many in-between conditions to break down the hierarchy of spaces.

The building is constructed out of two sizes of modules, a smaller size for the residences, and a larger size for community spaces.

The modules consist of four round columns at the corners with a domed roof of pre-cast concrete on top. The floor is also concrete. The many facades in the building are either a glass wall or a solid wall made with dark brown bricks.

Within the Orphanage, units of program are laid out on an orthogonal grid.  The units project off two diagonal paths so that each unit has multiple exterior facades. By projecting off of a diagonal within the grid, van Eyck creates an equal amount of negative spaces from the positives he’s formed. Each individual unit is then neighbored by its own outdoor space.

A larger courtyard is offset diagonally from the residential spaces, and the entrance and administrative spaces connect with the street, the large courtyard, as well as the residential units. Van Eyck avoids creating a central point within the Orphanage by allowing for such fluid connections between all spaces.

The Amsterdam Orphanage is van Eyck’s vision of a balanced community. His design earned him international recognition and established his humanist theories in a built project.

Residential Architecture, Other
•
Amsterdam, The Netherlands 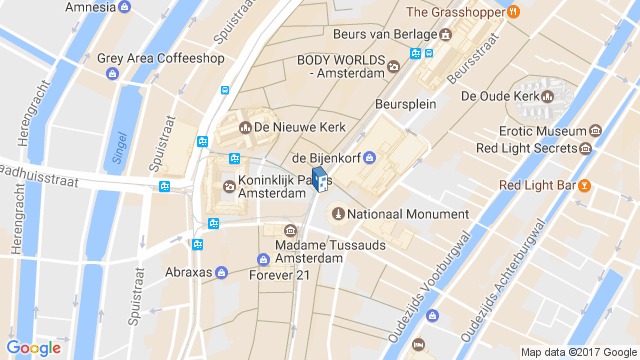 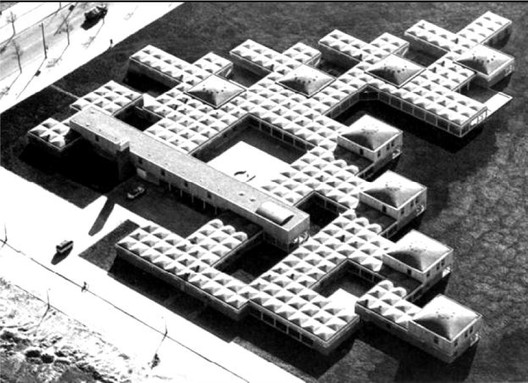