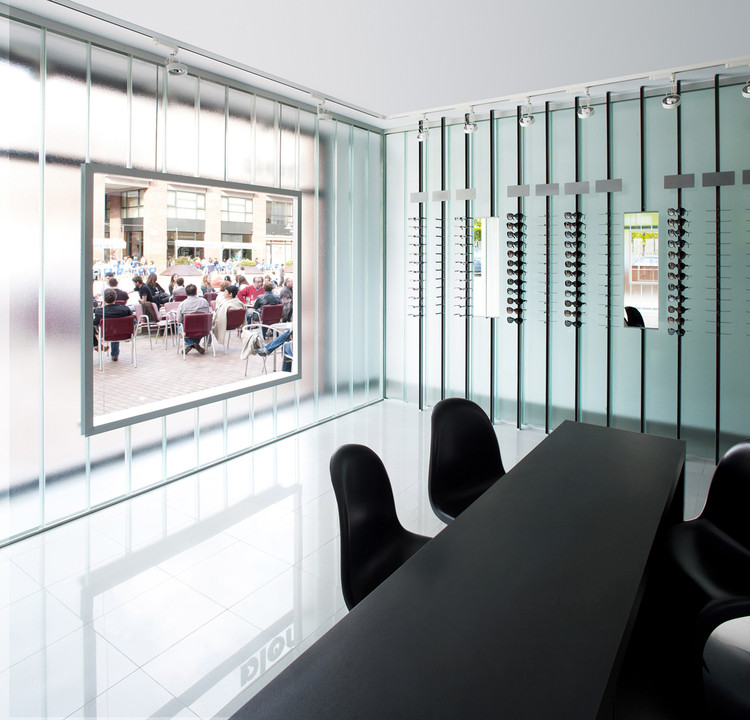 Text description provided by the architects. This project consists of an optics in Olot (Girona, Catalunya) as refurbishment of an existing local. Although there was a very low budget, the idea of both the client and the architects was to propose an attractive look in comparison with the shops around. We wanted to play with the creation of an atmosphere in which the program and the content would link into an optical environment featuring the creation of blur, lights and shadows in constant effect of optical distortion.

This took us to base the intervention on the creation of “one box into another box". It was created as an U-glass box in a border style instead of putting it in the traditional double-sided way. This gave us the condition of identical faces in both sides, and helped cut costs. This glass box defines the commercial and public area itself while the second box is the local perimeter itself. Between these two, there will be ordered the private and product program.

The U-Glass box is ordered in a position that defines different sizes around it to give response to the different requirements: in the two street facades, where there are the showcases, the U-glass box gives 60cm apart, but in the back part it gives distance enough to place the offices.

This crystalline skin is perforated with different windows next to the street and the square in front of it to create a relationship between the outside and the inside. This way it generates a dynamic effect with the constant moves of the people outside and inside creating the perception of moving shadows and distortions displayed in the U-glass box messed up with the sudden defined vision through the windows. It gives the impression to be inside an eye that efforts to find the right way to see. So, the facade becomes a constantly changing skin, looking different depending on what happens during the day and night with light and people.

The result is a fun and sophisticated atmosphere with very limited resources. 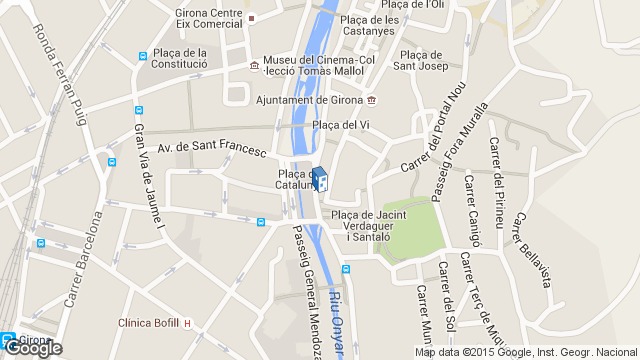 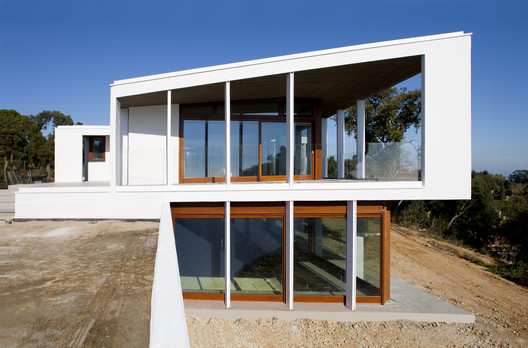 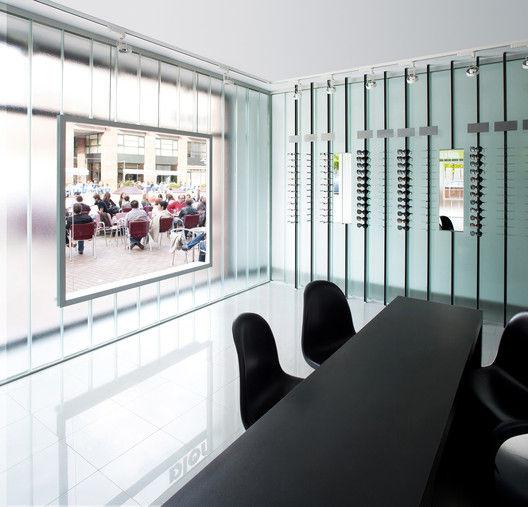