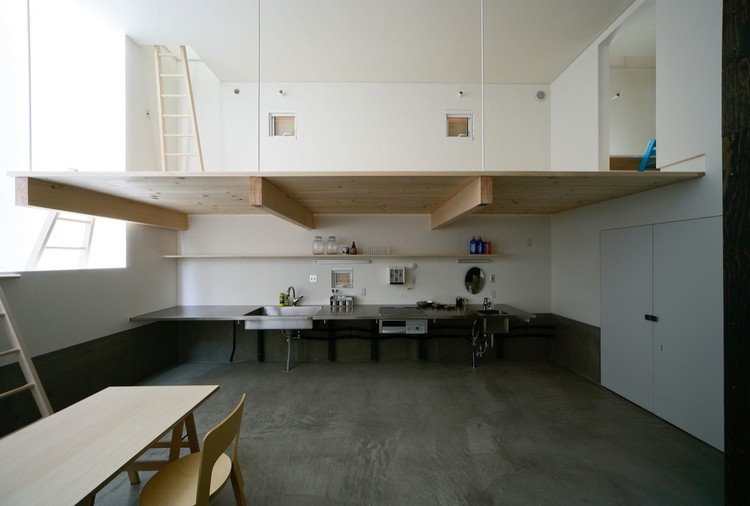 Text description provided by the architects. The parcel is located in the north of a city named Sapporo, where the housing block is split like a grid. Surrounded by 3 buildings, a tiny parcel that contains about 100 sqm was left over. On the east side of the building, there is a promenade with an old growth poplar forest which acts as a windbreaker. While these trees don't have a direct influence over the parcel itself, they indirectly contribute to the building standard law, which requieres an inevitable set back distance, reducing the usable space within the parcel to 40 sqm.

In the northern section of the building you will find the stairway, the bathroom, the landing, and other various spaces will be arranged in the north of the building. This is a Buffer zone between the public space and the private space. Behind it, the living room floor is -600mm lower than the surrounding rooms.

With the decision to make a semi basement, the ceiling of the room becomes higher. I designed a Buffer zone, like a porch, and a big bay window in the south of the LDK. Between the first and the second floor there is some duckboards, and a large bedroom on the top floor.

In the southern section of the building, the light collects in the rectangle allowing only the reflecting light to shine back into the living space.

But in the back of this rectangle, its light’s origin shows face and changes little by little into another characteristic thing. 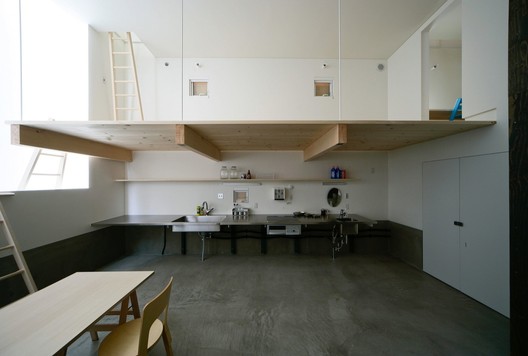