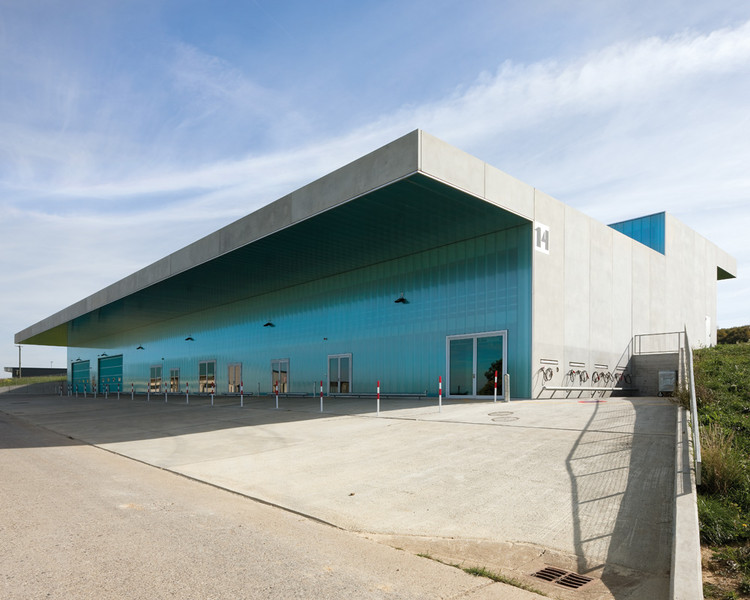 Text description provided by the architects. The training building at the new combat training centre stands at the end of a tree line, to the east of the footpath serving the higher levels of the existing military base. It is located on the path used by the soldiers, and its position marks a pivotal point on the site, a kind of landmark. The project is expressed through a pure abstract volume, comprising a partially buried reinforced concrete plinth on which stands, in a staggered position to the plinth, a ‘box’ wrapped in perforated metal, its cantilevered overhang forming the entrance.

On the ground floor, a large hall with an outside view leads, on one side, to stairs that serve the upper levels, and on the other side, to a 200-seat auditorium. The auditorium is designed as a simple concrete volume, with a sheet of folded plaster that forms, in a single movement, both the acoustic ceiling and the projection wall. The polychromatic seating layout was designed by artist Daniel Schlaepfer. The two upper levels house the training rooms and offices, arranged around an internal patio open to the sky.

The project hinges around a reinforced concrete wall structure that retains its natural unfinished state throughout the building. All elements added in the second stage of construction are permanently ‘related’ to the cement surface.

The design of the facade brings together the vertical elements created by the subtly undulating perforated aluminium sheets, and the foliage of the surrounding trees. As the result of a complex plan requirement that all openings be arranged on a purely functional basis, the aluminium skin becomes a unifying expressive element. It also offers solar protection, thereby further contributing to the architectural coherence of the building. 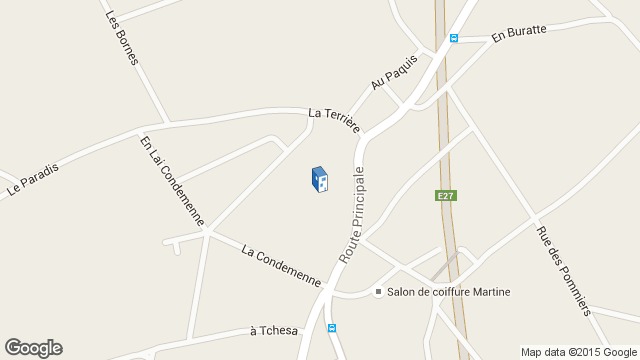