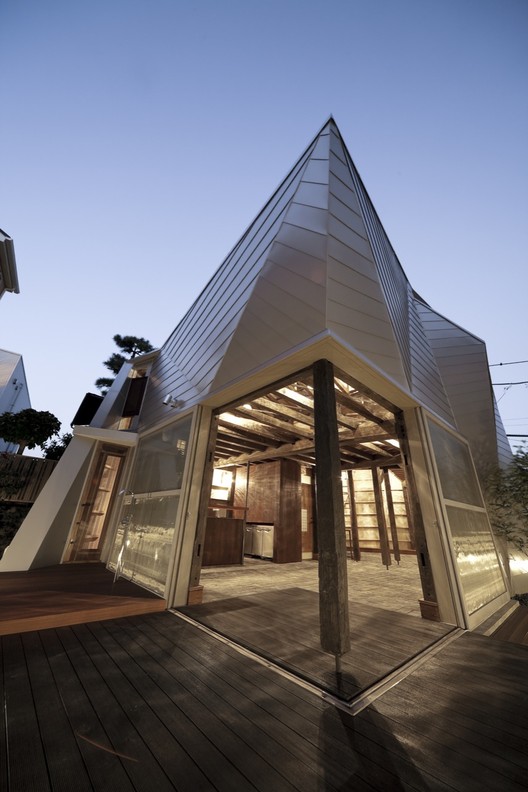 Text description provided by the architects. Although Atelier Tekuto’s "Relocation" project has been underway since 2007, Yachiyo is the first "Relocation" building completed in Japan. The building is situated 100 meters from the ocean in Hayama, Kanagawa prefecture. This is used as a secondary residence and temporary shop.

To make 100 year old materials last for another 100 years. To fuse old and new material, juxtaposing the regional and cultural differences in a parallel arrangement. Atelier Tekuto treated sunlight as a material. A material that can be captured only for an instant. It has the ability to fuse the juxtaposing elements or emphasize their differences. It exists both within and outside the human concept of time. Sunlight turns the interior space inside out. It highlights the dramatic structure as it permeates the building, accentuating the marriage between traditional and contemporary values. At night, custom handmade light fixtures let Yachiyo float into sight like a constellation fireflies.

Two abandoned warehouses built 100 and 120 years ago were chosen. In order to reinforce the structure, the two warehouses were wrapped with furring strips that also function as thin columns. Enhanced high-pressure wood wool cement boards which act as insulation were attached. This provided structural reinforcement, humidity control and thermal insulation all in one system The wrapping material was reduced to a thickness of 95mm in order to provide more interior space. Also, the preexisting material was treated in order to prevent infestation and provide resistance against the salty environment. The first floor is composed of, eighty year old bricks made in Shanghai. The material of the previous first floor was then refinished and applied to the 2nd floor. In effect, disused materials were transported from distant locations and given new life.

“Re-configuring Values” is a concept that Atelier Tekuto believe will permeate the 21st Century. The following concepts are essential to this discussion:

The conservation of the global environment - the most significant theme for this century – ought to be examined from a new standpoint, through new developments and re-configurations.

Adopting specific local and regional characteristics in order to achieve not just simple integration between different architectural styles and cultures, but to create culture on an entirely new dimension.

A re-examination of the past in order to predict the future. An increased awareness of time as a phenomenon that can preserve local and regional differences in material and character.

It is essential to achieve a greater understanding of when to preserve, when to eliminate or when to maintain.

Based on these three approaches, Atelier Tekuto are working to “re-configure values” by recycling, reducing and relocating Japan’s traditional Minka houses in order to give them new life.

Yachiyo is a Japanese word means a long time. 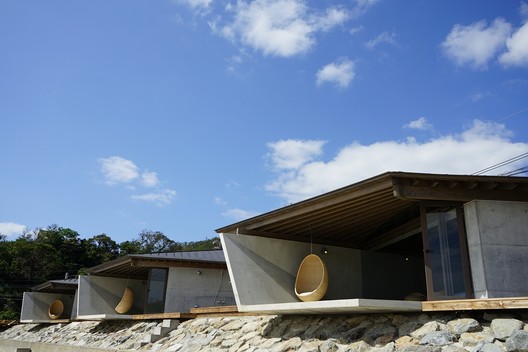