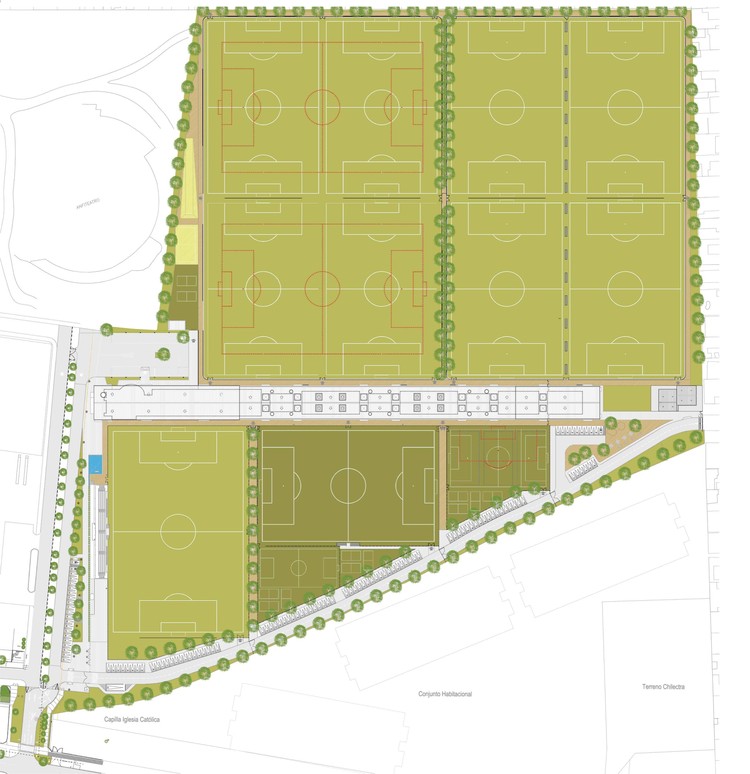 This large, longitudinal building is versatile in its image. Due to its length, it initially suggests a facade that denotes an institutional building with a new corporate image for the club. After a first glance, however, it morphs into a sports- like building which unites the relationship between service and sport areas.

As already mentioned, the project is organized longitudinally and is composed of a large roof deck that runs its entirety, providing open space and skylights in its path, according to the function of the enclosures. Also, the architecture suggests a number of permeable spaces that facilitate the relationship between sports areas and technical support, providing a visual and physical connection between both sides of the site. This arrangement favors the independence of the spaces, and it is designed so that different types of activities do not mix. For example, players will never have contact with reporters, except in the press room.

The sports areas are determined by the longitudinal design of the building, which serves as a boundary between several areas: a primary recreational and tactical soccer training, natural grass zone; a mixed area containing flexible synthetic grass courts and a soccer field accessible to the public; and more sport facilities and training fields.