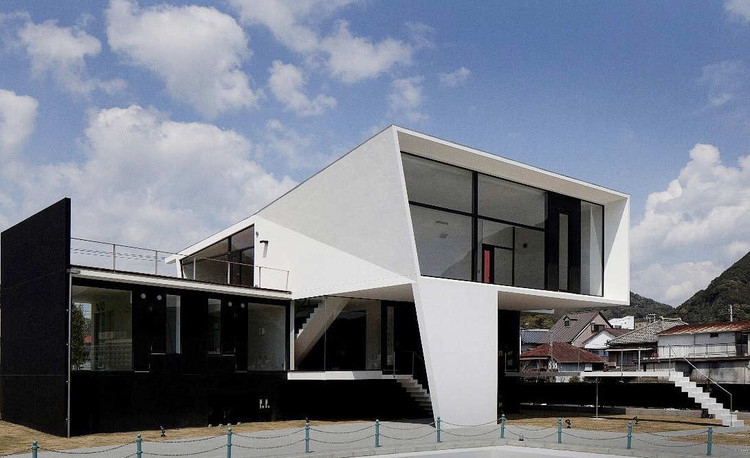 Text description provided by the architects. On the coast of Izu-Shimoda City is a point where the East India Squadron has landed on November 24, 1852 : Matthew Calbraith Perry was on board its flagship frigate Mississippi. He wrenched the door of national isolation of Japan open. The squadron anchored in the not-so-large Shimoda Bay. Perry and his men came ashore at this spot in close proximity to the mountains, south of a sand dike that stretches north to south to provide protection to fishing boats. The place was once home to a shipyard. Its dock still occupies a corner of its ground.

The shipyard was demolished and land filled. Lumps of concrete were thrown into the dock in a somewhat careless manner, shortening the length of the dock by half. The entire site was leveled smoothly. Subsequently, a small storehouse was built there. Such was the history of this site which faces Shimoda Bay on east and is bounded on north and west by the mouths of Shimoda River that flows into the bay. On south is a road that runs along the mountain foot, around the bay and continues south, but there are no villages beyond that. Upon request, we have looked into this site to build a structure and found out that only port-related facilities were permitted to be built here.

Therefore we had to design an architecture equipped with functions of a port welfare facility. The only choice of structure for this scale of building is, considering its seaside environment, salt corrosion-proof steel-reinforced concrete. Design consisted of simply casting a variety of things into a space as the spiral mold, that was seemingly prepared early called Beckett project in 2010. (GA house 115, PROJECT 2010) On this real-life site, architecture is not only discernible but also physically perceptible. Also, we were able to take advantage of the Spectacular Ocean and mountain landscapes of this land as rich extensions of the newly created spaces. This architecture will serve the client as a living base in the years to come. For Shimoda City, this point is a new addition within the bay area's natural and urban environments that is contrastive for both, which is already receiving a rather favorable welcome from the city even prior to its completion. 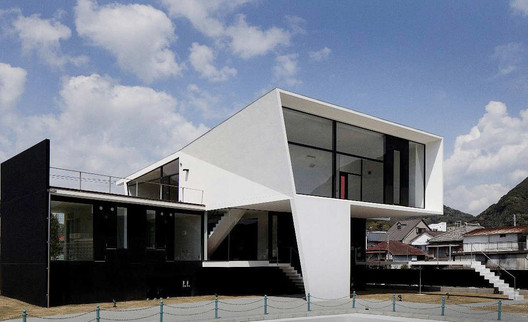