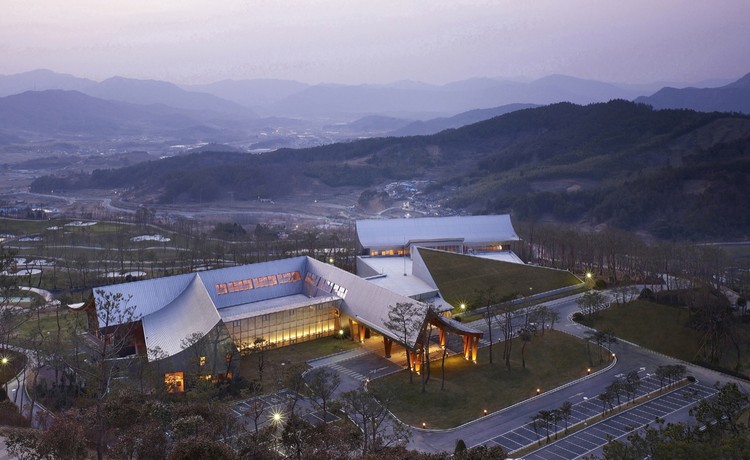 Text description provided by the architects. The clubhouse at Lake Hills Suncheon is located on a hill in Juam-myeon, Suncheon, Jeollanam-do. It is about a 30 minutes’ drive from the Yeosu Airport and an hour’s drive from Gwangju and overlooks the panoramic scenery. As for its topographical features, the site is surrounded by Mt. Oseongsan to the southeast and commands a magnificent view of the vast ridge to the northwest.

Suncheon, Jeollanam-do, is home of the Seonamsa Temple (AD 529), which was built during the Three Kingdoms period and the Songgwangsa Temple (AD 1197) Suncheon, Jeollanam-do, which was the center of Korean Buddhism in the Goryeo Dynasty. These two structures have a distinct historical value in the architectural history of Korea from the viewpoint of construction techniques and aesthetics. In Suncheon, numerous traditional Korean-style houses have been preserved. In short, the area has a long-standing history and traditional value in terms of architecture.

We set up a goal to take advantage of the local unique characteristics and to create a structure that reflects the intentions of the client and also the traditional Korean architecture. Our intensions were to interpret tectonic elements of the traditional Korean wooden building, while accommodating the club’s complex function into a wooden structure that expresses the Korean architectural beauty. We redefined the architectural elements reflecting Korean traditions rather than reproducing or imitating. This was done in a way that reflects the architectural characteristics and spatial aesthetics of the building and focuses on representing the aesthetics, space perception and sentiments(emotions) of general Korean architecture. In particular, we applied modern construction methods as well as structural improvements in order to utilize the long-span space while reproducing the diagonally curved roofs and the wooden structure of Korean architecture.

For siting, we took into consideration the topography of the golf course facing the northwesterly direction and placed it in the center of the entire lot where cutting and filling are minimized. Also, as for the orientation of the structure, among locations commanding a fair view of the layered mountain ridges, we chose the one that offers the best view as the central axis and secured a vista of the distant ridges and sunset.

The internal circulation from the canopy at the entrance to the lobby, restaurant and the private dining rooms are re-interpretation of the eaves of traditional Korean roofs. It is a wooden structure with the 14m-long span and 12m-high inverted arch. We pursued the structural beauty of traditional Korean architecture, in which the wooden structure itself serves not only as the structure, but also as the interior finishing material. Spaces using water such as the locker rooms, saunas, and bathing area, were built with concrete. The roof is inclined so that it serves as an eco-friendly rooftop green space. Additionally, external light is brought inside the building through the lifted inclined planes.

Depending on the use of the program, the mass of the building can be largely divided into either wooden mass or concrete mass. The feelings of a box-like solid and simple mass, rendered by the concrete and the soft, elegant and warm feeling of the curved wooden structure, are balanced together while creating a juxtaposed tension.

The construction materials were simplified to stainless steel, wood, stone and glass. Only the characteristics and physical properties of the materials are presented and the patterns and shapes are restrained as much as possible. Granite stone, use in traditional Korean architecture, was mainly used. For the wooden structure, the North American Glulam was manufactured in the United States and processed and prefabricated in Japan before it was imported. As for the metal joint system, the BVD hanger joint structural system developed in Germany was used. 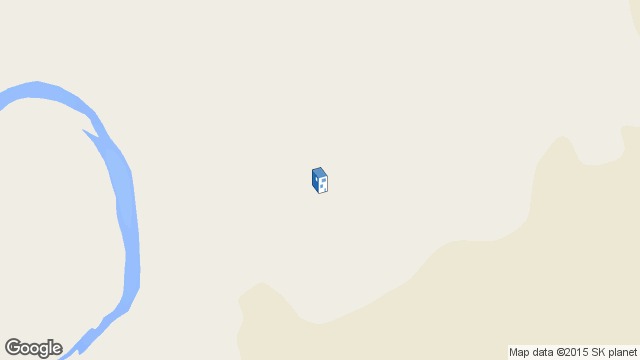