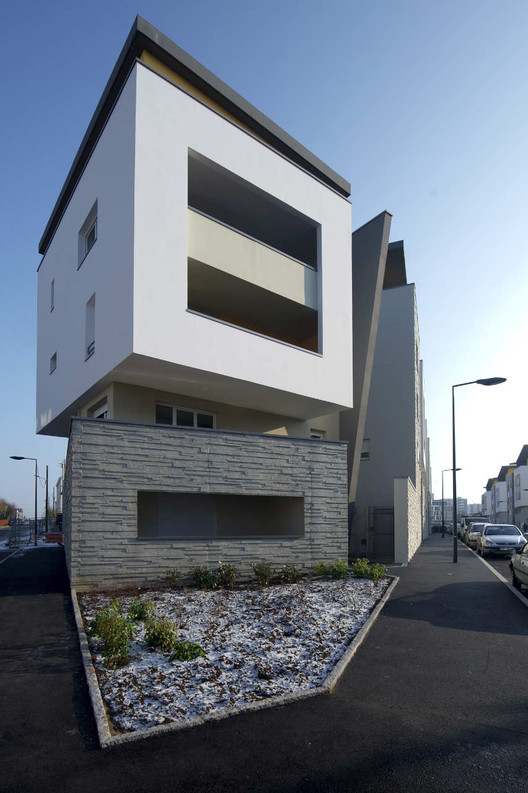 Text description provided by the architects. The project sets within a mission of movement and punctuation. With this framework, a typological approach seeks to combine the urban scale of the street with its surrounding area. The project maintains the necessary “boundaries” between the building and the street while taking into account the area’s density. The result produces an intimate residential atmosphere while maintaining the autonomy of the individual units, which break away from the standard “concrete block” and its the negative stereotyping.

Thus the project is organized into a gathering of buildings sectioned in rhythm with the urban design :

- A well-handled gap separates the structures so that their individuality is maintained, yet they all have corresponding foundations so that a single and continuous reading of the urban landscape is achieved.
- Transparencies and visual escapes produced by the gap between structures finds focus in the patios distributed among the large street-facing apartments. These patios initiate a smooth transition between public and private areas.
- In slight contrast to the regular rhythm of the buildings, a dynamic ensemble of rooftops tipped with slightly asymmetrical angles house attics for the apartments.

The project flirts with false symmetry and vibrations established by slight variations of a serial logic.Moreover, the urban dimension earns its place amongst the strong goals of the urban project in Angers:

- A united front is presented from the ground (e.g., from Banchais street). One section settles there, bordering Marguerite Legros street, which in turn crosses the existing block (image 1). Where the street makes two building façades face each other between two breaks, perspectival depth is created along with a connection forged between the two sides of Le Gouz street.
- From Deux Croix boulevard, an initial plot (image 2) creates a rhythm along to which the first section of the building responds visually. The sequence ends roughly a dozen meters behind this section, Le Gouz 2. Distant dialog pulls the project towards the town so that the two feel more united. 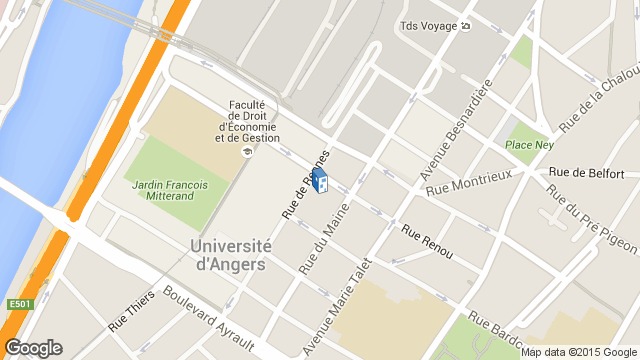