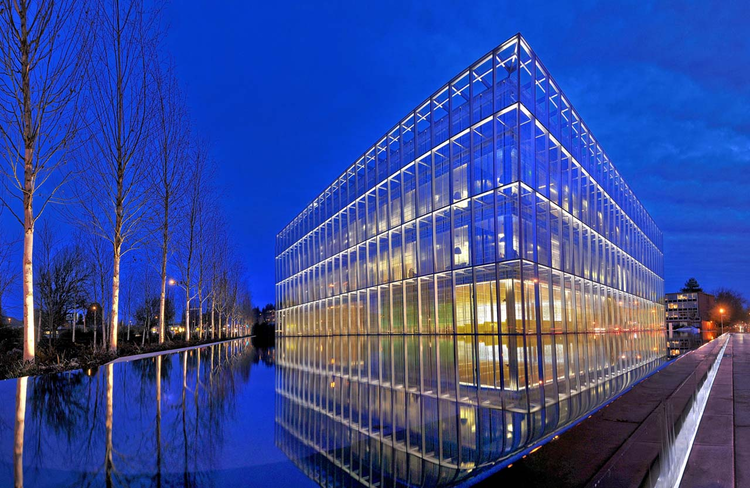 Text description provided by the architects. The John E. Jaqua Center for Student Athletes at the University of Oregon explores the limits of transparency and connectivity to provide the UO’s student-athletes a place to gather as a community focused on study and learning. The challenge of creating a tranquil environment where students feel connected to natural landscape elements and daylight was heightened by the chosen location: a busy intersection between campus and the city of Eugene, on the site of a former parking lot at one of the major campus entrances.

The notion of a fertile, natural environment to invigorate and inspire learning was the premise on which the design concept was based. The glass structure rests on a “table of water” and a birch forest celebrates the region’s natural environment. A “double wall” facade addresses acoustic isolation, thermal insulation, and control of available daylight within the building. The walls consist of five elements that create a dynamic response to orientation while reinforcing the concepts of transparency and connectivity. A prismatic, vertical stainless steel screen within this facade provides shading, thermal comfort, and ability for heat harvesting (which reinforces the natural convection within the vessel) as well as visual privacy for the inhabitants. The glazed facade and interior spaces are composed on a rigorous module to achieve an uninterrupted visual connection between internal rooms and the larger garden beyond. The reflectivity of the glass and water obscure the boundary between the building and surrounding landscape.

Authenticity to the University of Oregon student athlete experience was a key design driver, as was the celebration of the success of student-athletes in the pursuit of knowledge and athletic achievement. An atrium forms the “heart” of the building. The atrium walls are infused with graphic displays that relay the heritage of athletics at the University. It also includes a scoreboard-inspired wall listing upcoming tutorial appointments for student-athletes.

Through the seamless integration of art, environmental graphics and architecture, the facility serves as a pantheon of student athletic achievements. For example, the “A Few Who Just Did It” wall celebrates the post-graduate academic achievements of notable former student-athletes, including the faces of author Ken Kesey, Nike co-founder Phil Knight and Ann Bancroft (the first woman to cross both the North and South Poles), engraved in 8x8 square oak blocks. On another atrium wall, a three-story mural is constructed of 10,000 small 3x3 photos of student-athletes acid-etched onto stainless steel and assembled in a large-scale pixilated pattern such that Albert Einstein’s face emerges when viewed from a distance. This mural depicts the life of student athletes at the University, dating the building as circa 2009 when the photos were captured. Other elements include floor engravings of Academic All-American honorees, a color and sandblasted glass wall celebrating PAC-10 All Academic recipients and a stairwell that contains the names of more than 4,000 lettermen that graduated from the University between 1945 and 2009. 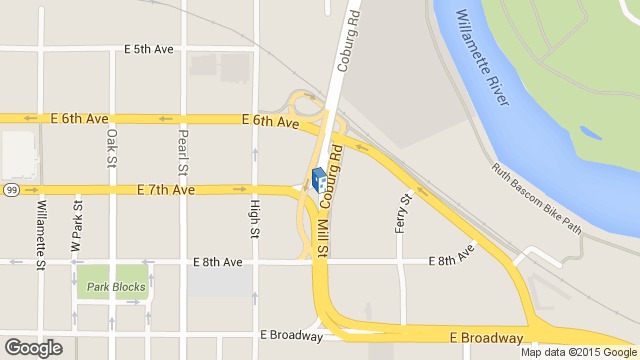 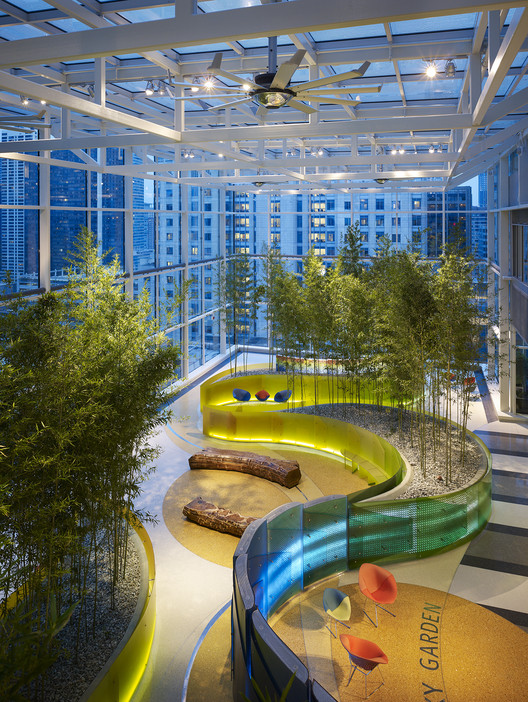