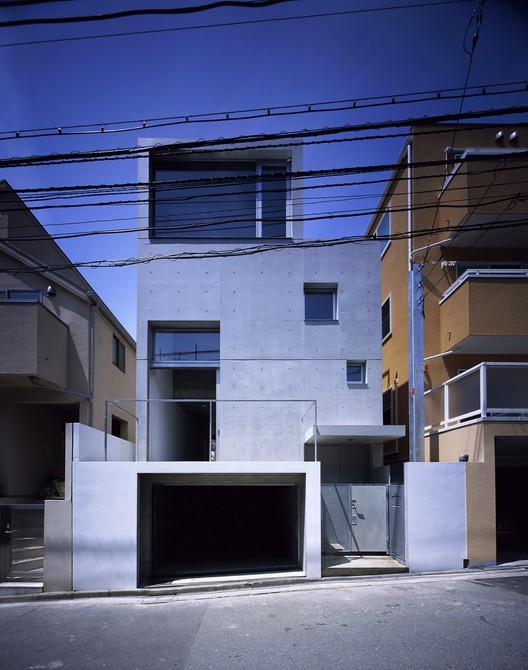 Text description provided by the architects. The Noh House was built for a Noh performer within a quiet residential area in Tokyo. The traditional Japanese musical drama has been performed for over 700 years, and the Noh stage is composed of a main stage and a bridge (runway) that connects to a backstage. While meeting the client’s functional requirements such as daily living spaces and a Noh rehearsal room, Koji Tsutsui Architect & Associates wanted to incorporate the soul of Noh into the architecture.

Rather than complete isolating the rehearsal room, I integrated it into the living spaces. The rehearsal room is also a Japanese tearoom, which is done in traditional Japanese finishes such as a calligraphy-ink wall, traditional quince tree flooring, silver Japanese alcove, concrete ceiling & shoji screen and lures one into a deep meditation.

This rehearsal room located at the top of the house and the living spaces at the bottom are connected by a stair, which gradually rises through the double height space of the living room. The house is a simulacrum of Noh stage set up vertically where the daily routine of climbing up a stair gradually becomes a ritualistic walk on the runway towards the Noh stage. The soul of Noh performer is materialized into architecture.