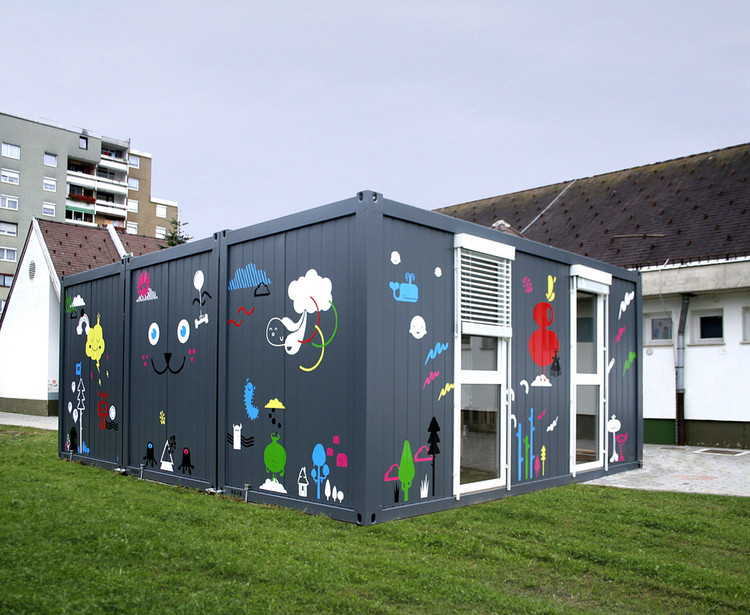 Text description provided by the architects. In a small Slovenian town close to the border with Austria kindergartens unexpectedly became too small for the increasing number of young children and the existing kindergarten infrastructure had to be quickly expanded to meet the rising demand. The original idea was to build a larger kindergarten extension next to the old one, but this was a plan for the mid-term. In the meantime the authorities resorted to an efficient solution using ISO containers, which are quick to set up and cost-efficient.

Ajda was a temporary annex to the existing kindergarten in the town of Ravne na Koroškem. Three 20’ foot containers were attached to the core of the existing building in a single day and it took only two more weeks for the children to move in. The three containers were joined into a single room for 14 children. The new unit grew out of the old building at the entrance and like a true parasite construction it exploited the entire infrastructure of the existing kindergarten, including the cloakroom and sanitary facilities. Despite its temporary character the container playroom did not get a modest outside appearance.

In keeping with the tradition of small facade graphics typical of kindergarten buildings, sticker artists Kitsch-Nitsch were asked to disguise the container into a friendly surface that children could associate with. Colourful vinyl stickers were applied on all three sides of the anthracite container, changing the texture of the steel box and creating an eye-catching playful facade to the delight of children, parents and staff. On the east and west sides colourful images covered the steel outer shell by avoiding window openings and taking into consideration container frame characteristics, while on the north facade, which had no openings, they could be arranged all over, so a large face was created that smiled and invited children closer.

After one year Ajda was not needed anymore and its containers were recycled, but it remains a good example of how temporariness and slim budgets are no excuse for the absence of child-friendly design. 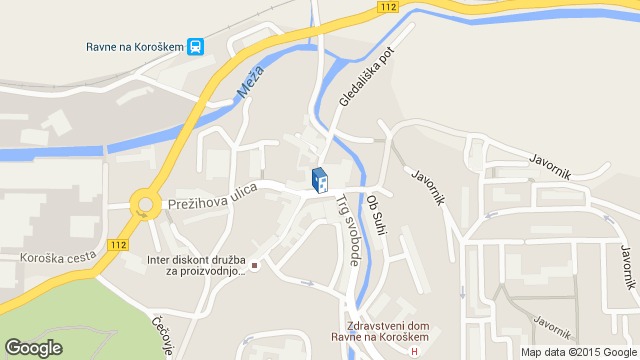 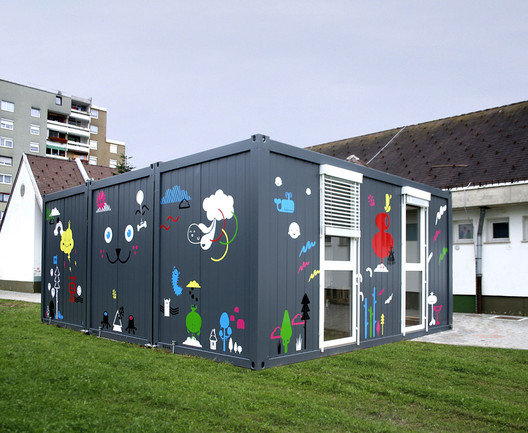