Save
The Bronks Youth Theatre / MDMA 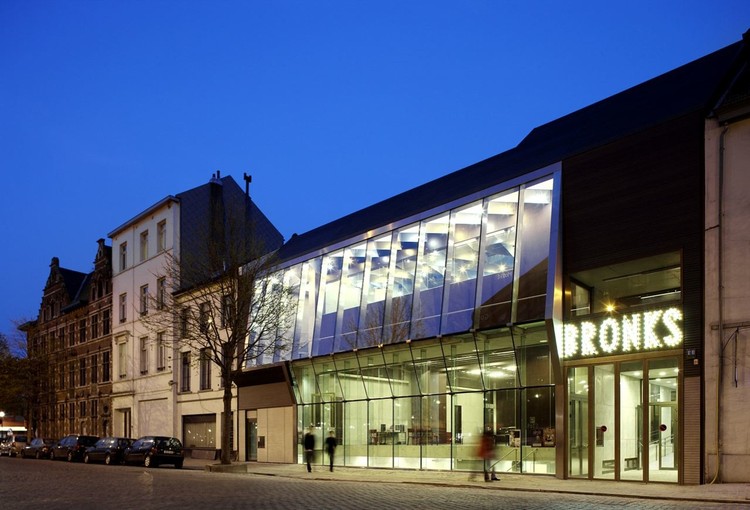 Text description provided by the architects. The Bronks Youth Theatre in Brussels consists of two halls, two holes in-between of which a central circulation shaft is situated. The staircase has the shape of a double helix with swing doors (coated with mirrors) placed on every intermediate landing. MDMA call it 'the septum'. It regulates the use of the halls in a myriad of ways. MDMA tried to make the halls, materialized in concrete, float and soar in light. Apart of the staircases, circulation 'around', consist for a large part out of ramps. They render a sense of detachment from the horizontal, the horizon.

Looking in through the big glass in the front façade, one is confronted with a ground level that is elevated one meter up to scene level. Two meters behind, the wall of the repetition hall slides open. Reception, sanitary facilities, techniques sit below. In the main hall at the back of the building, telescopic seating area and scene do the trick of multi-functionality. One slant in the back façade is echoed through the main theatre hall to accomplish a sound acoustic atmosphere.

The façade is a membrane, a plane where one steps through. In one corner it can be opened into a coach house, an intermediate zone, a void as main entry. As such the façade assembles facets that are repeated inside. Play after play. Inside people are in for a surprise. Door after door, plane after plane another space unfolds, creating the illusion at least of large building. In the festival season several plays can be performed simultaneously.

Sphere and labyrinth. At the basis of an utterly simple plan MDMA tried to fuse the labyrinthine with loops of circulation. MDMA were helped hereby by the varying heights of spaces required. Eventually no one looses the way, whereby the 'search' extends into a surge of light, vistas and air. It makes one believe that one is not moving in an enclosed setting -a dug out- 13 meters below roof structure. 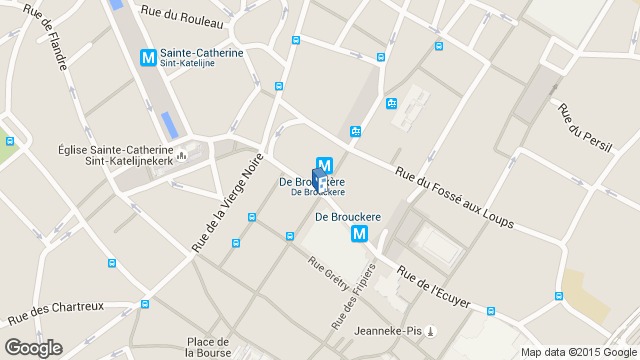