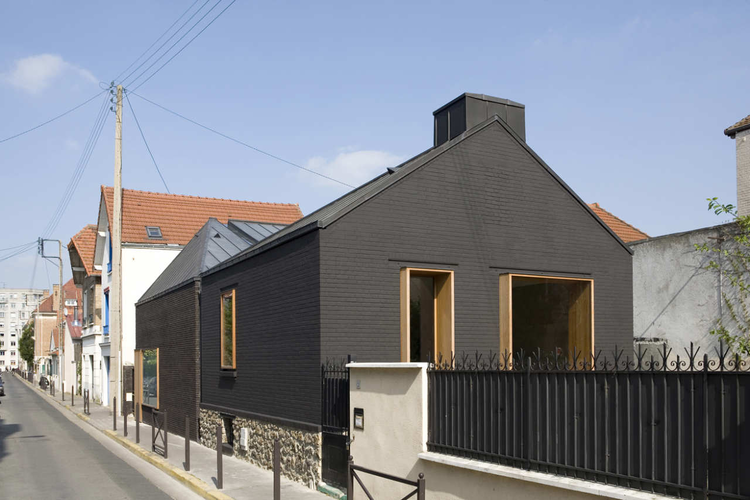 Text description provided by the architects. In order to preserve the character of this classic brick-and-stone suburban house while doubling its surface area, we decided to duplicate it by adding two side blocks, two ‘clones’ set at right angles to it, where there used to be a shed. This arrangement has allowed us to create a harmonious trio of buildings set around an inner garden, while preserving the street alignment. The new home is made up of three dissociated elementary blocks, a square and two rectangles, separated by two narrow glazed gaps and with matching sloping rooves.

With its new truncated roof that lets the light from the south into the living areas laid out on the north side, the ‘stem cell’ blends in so well with its extensions – thanks to its shape, the materials used and its fenestration – that it becomes hard to distinguish the old from the new.

The load-bearing brick used for the original house has been used in the extension as an external protection for its insulation, while rough load-bearing breezeblocks used for the extension line the existing walls, which are thus insulated from inside. To complete the fusion, large larchwood boxes with windows form glazed openings in all three blocks, offering visual perspectives through the house and into the garden that runs along its north-south axis.