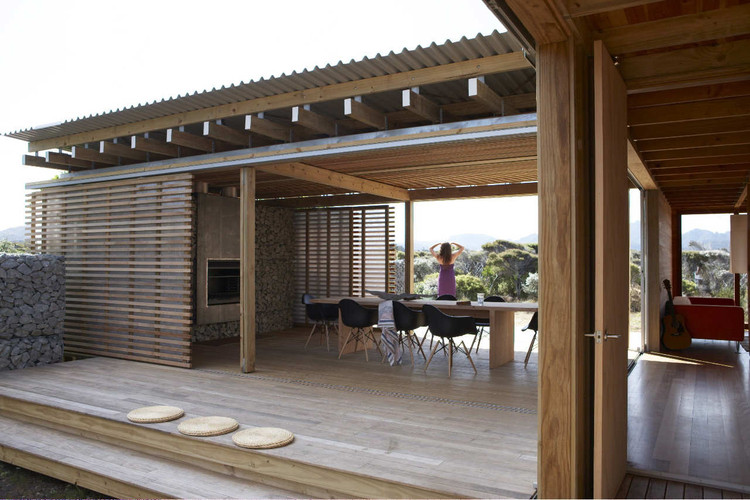 The site is small and narrow at 16x52m and set back from the beach amongst a number of similar sites strung on either side of a dead end access road.

The building is made up of 3 primary elements, a wall, a “container”, and the negative space between them.

To deal with very proximate neighboring buildings along both long boundaries, the functions that require complete weather protection; the bedrooms and bathroom, kitchen and lounge and the boat garage, are grouped into a long container like structure and positioned along the eastern boundary.

On the western boundary a gabion wall made of stone from a local quarry defines the edge.

The 2 positive elements are then connected by a roof structure which defines the pivotal negative space between, the covered living deck.

The gabion wall anchors the light structure and holds the negative space while the container peels open to connect the kitchen to the covered deck. Retractable screen walls on the north and south faces of the living deck allow selective editing out of the prevailing winds which blow from either SW or NE. 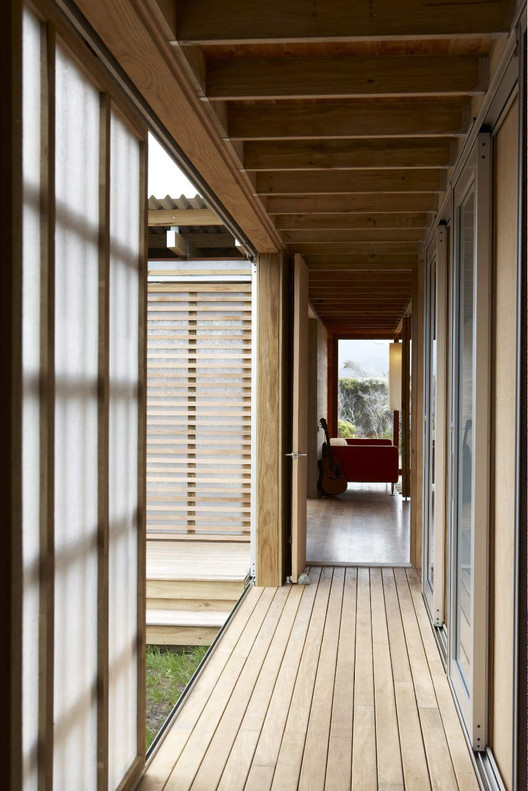 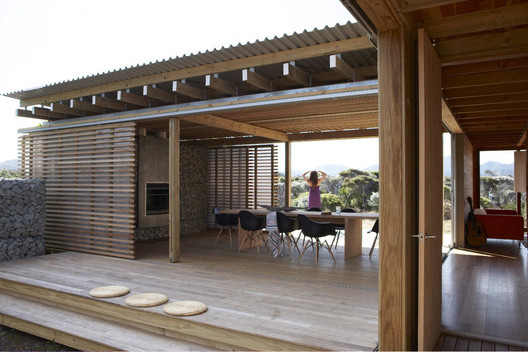