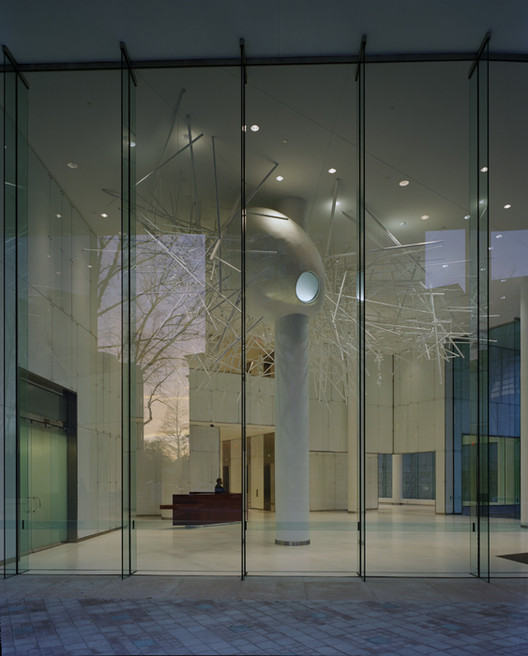 Text description provided by the architects. Prior to renovation, the lobby of One Midtown Plaza was a dark, cavernous space lacking presence on Peachtree Street. A product of the 1980s, when dark red granite was extremely fashionable in the United States, the lobby brooded in its own shadow, receding from the street. The west entrance of the lobby was awkwardly connected to the parking deck and lacked connection with Two Midtown Plaza, the second building in the complex. The renovated lobby of One Midtown Plaza presents a new personality to Peachtree Street that is generous, open and inviting. The sparkling white interior is a complete reversal of the somber character of the original lobby space. C78, the grand chandelier, fairly dances through the space, eager to be on its way. Daylight accentuates every surface.

C78 can best be described as a vector array interrupted in its trajectory. C78 consists of 14 clusters of 293 vectors, 29 orbs, 586 space coordinates, 1 parasitic eggoid, 1 oculus, 615 tethers and 783 digital transformations. C78 and the lobby space are simply lit by 52 recessed down-lights. Light plays randomly along the lengths of the painted steel vectors. The hand-blown glass orbs capture light from the same down-lights adding sparkle to the chandelier.

In the early morning, east light streams into the lobby, activating the vectors and orbs in a continuously changing kinetic mode. C78 energizes the lobby and celebrates the volumetric generosity of the space. Asymmetrical, informal and friendly, C78 is a contemporary reinterpretation of chandelier.

White fritted glass panels clad the lobby walls, rendering the space legible from the exterior. The space now participates in the activity and life of Peachtree Street. A white terrazzo floor and painted white gypsum board ceiling contribute to the brightness of the space and the animated quality of the light.

The newly created side gallery to the north improves the connection between One Midtown Plaza and Two Midtown Plaza and clarifies the west entry sequence from the parking deck. With the creation of the side gallery, everyone, whether from Peachtree Street or the parking deck, enters the building through the lobby under C78 and through security. A transparent glass wall on the north side of the gallery looks out to a perforated aluminum screen wall that defines the connections between the One and Two Midtown Plaza buildings and sends south light into the gallery space. The dogwood blossom motif of the perforated screen wall speaks to the native popularity and its pervasive use in the landscape of the city. 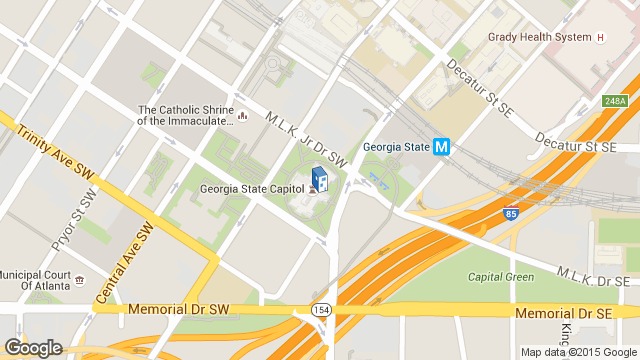