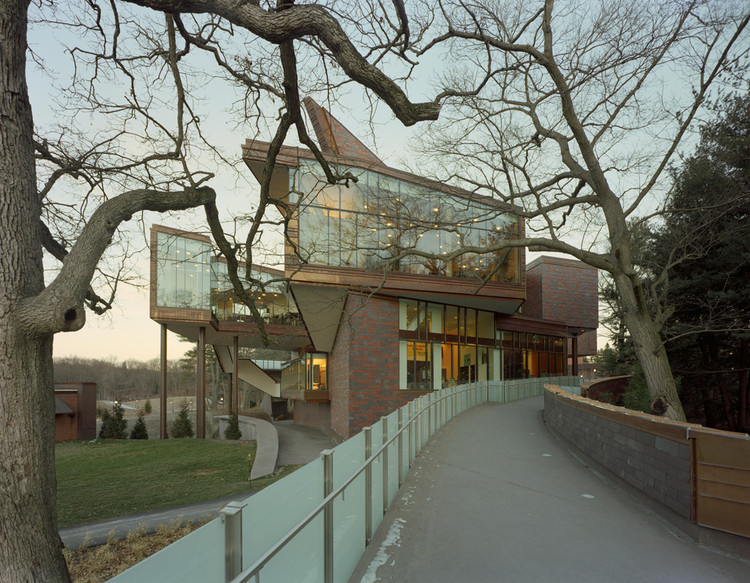 Text description provided by the architects. The Wang Campus Center, Davis Garage and related Alumnae Valley projects encompass most of the western half of the Wellesley College campus. They include a 50,000 sqf Campus Center, the renovation of the Alumnae Valley landscape, a 565 car parking garage, a 20,000 sqf building for the Campus Trade Shops, a 4,000 sqf building for the campus police, the renovation and re-design of the campus chilled water plant, and the re-design of the Campus Central Utility Plant environs.

It has been argued that “no single building on the Wellesley campus can claim as much historical significance and general admiration as does the landscape itself, and the buildings best loved within the Wellesley community have aesthetic properties which blend with those of the landscape.” To take its place at Wellesley, the new campus center must be derived from the values which are already embedded in the land. This extends beyond external appearance to the building’s internal structure—its essence, if you will. To become successful architecture, it must be more than a “composition in conformity with topographic conditions;” it must materialize the principles which have guided Wellesley since its inception.

The new campus center must celebrate and give enduring form to those principles and values which have grounded the school and have contributed to its unique character. It must, like the un-owned landscape that hosts it, be a microcosm of the campus itself, allowing individuals to flourish with the greater collective. 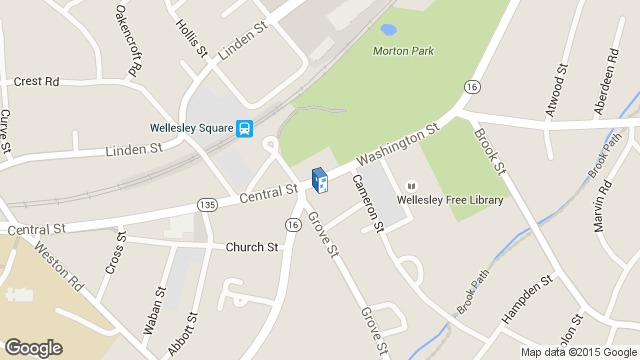