Text description provided by the architects. Building a house in the slope in Reinhardsmunster. Linking a living space to the land, which extends onto its roof.

Slopes are considered outstanding locations that allow to think about housing differently: structuring, or re-structuring the so-called « classical » models are eased by allowing variations of the natural flat layout due to the slope.

To make the most of the slope, the layout of the proposed house is in between a digged in building and the rooms supported by the slope with half-stories to follow the slope.

respect of the original land

See all Show less
Share
Or
Copy
About this office
Atelier d.org
Office
••• 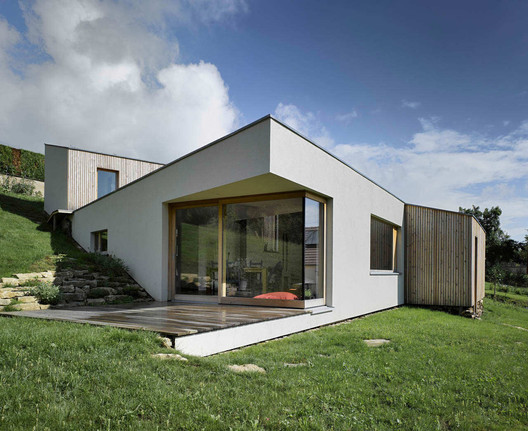