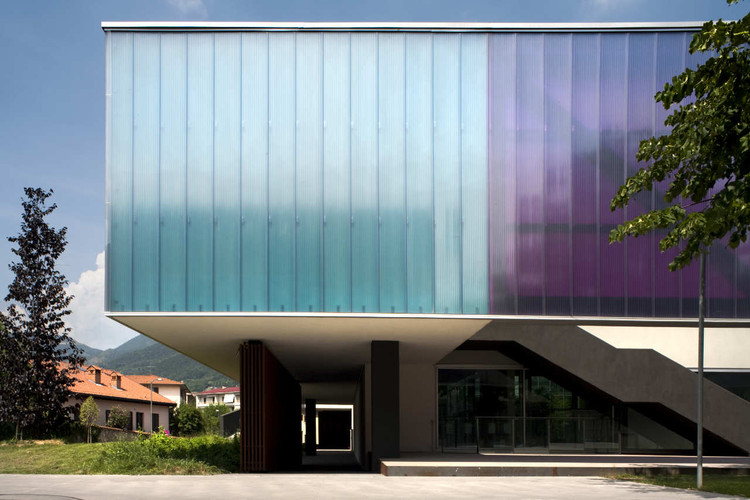 Text description provided by the architects. The city of Ranica, in the province of Bergamo, Italy, inaugurates its new Cultural Center. The project, designed by DAP studio and Paola Giaconia, is the outcome of a competition launched by the Municipality of Ranica in 2005 to endow the town with an important institution that would augment its cultural and social life.

The recently opened cultural center was completed in less than two years of construction, and represents a new cultural and urbanistic beacon in the territory, laying the foundations for an alternative urban organization. Thanks to this new building, the medieval town is able to revitalize its historical urban fabric by fastening it to a new contemporary hub, capable of nourishing the surrounding territory. In its devotion to culture and cultural enrichment, the institution plays a fundamental role in defining the spaces for the community. “The Cultural Center is conceived as a new catalyst of urban life. Not only is the building a laboratory for education and information, but it also becomes a new “piazza” where people can meet and where citizens can reinforce their sense of belonging to their territory,” the architects explain.

The building, located between the historical nucleus of the town and the area of urban growth, is the physical hinge of the resulting urban structure. With its sharp and pristine image and soft color nuances alternative to the surrounding buildings, the Cultural Center stirs the urban landscape aesthetically and winks at the silvery shimmers of the nearby mountains and at the warm shades of dawn or sunset.

“The “piazza” has always been defined in history by the physical and visual limits of the buildings that surround it- With our project -the architects say- we wanted to blur the sharp distinction between solid and void. We opened up the building to the city and welcomed pedestrian flows up to its very core.”

The building -housing a public library, an auditorium, a kindergarten, and a school for dance and theater- is made of two volumes, one laid on top of the other, centering on an interior courtyard capturing natural light and attracting pedestrians. The building hosts a new “piazza”, a new meeting point for the citizens. In this sense, the project for the new Cultural Center reconceives the ground. Beginning at grade, the building establishes new links with the city and makes its presence felt as it rises two floors above the ground. It maintains harmony with the surrounding landscape, which inspired its design, through predominantly horizontal lines at the floor and ceiling planes of each volume. The lower volume is transparent, revealing the activities which take place inside to passersby, stirring their curiosity. The upper volume sits on its top and becomes an urban signal. Its translucent polycarbonate sheets glow with vibrant tints and allow the silhouettes of people to be seen through the colorful watery facade.

The snow-white and sober interiors reveal a complexity which endows the spaces and the activities taking place in them with a powerful dynamism. “In the vast double-height space of the library,” the architects explain, “the various functional areas appear as independent volumes, connected by means of elevated catwalks and visually linked to the central patio.” The interior spaces become a representation of a lively urban scene where the various places are connected by a grid of paths, to be walked through as well as enjoyed in moments of pause and encounter. 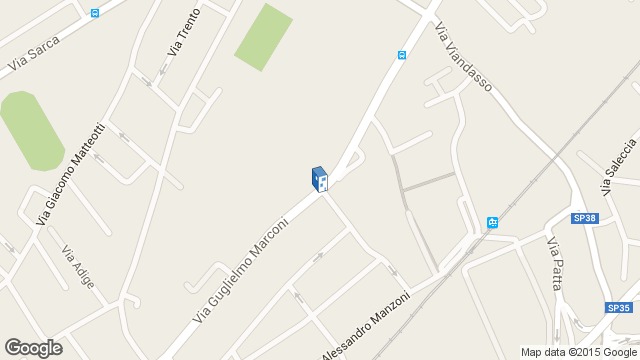