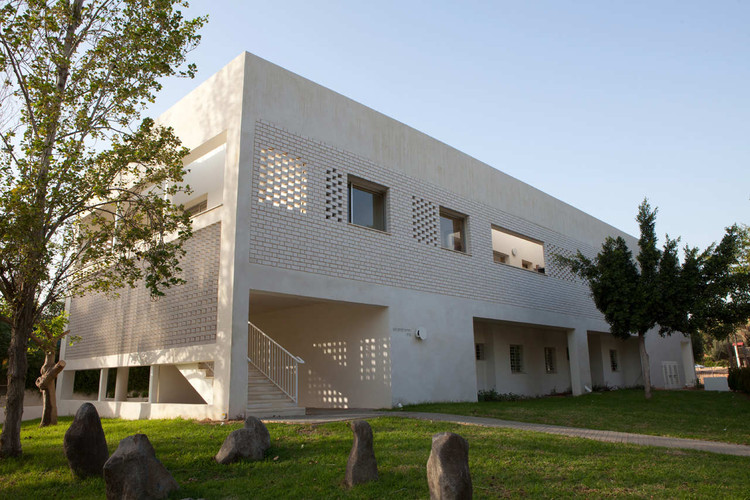 Text description provided by the architects. The Town of Ganey Tikva (Hebrew: Gardens of Hope) is located about ten miles east of Tel-Aviv City. Its Center of Community Services provides therapeutic and social services to its adult and young adult residents. The community services department has outgrown its original 1980 structure and we were hired to extend and redesign the facility.

We built a second floor that rests on its own foundation, wrapping the old building. The intention was to integrate the existing structure into the language of the enveloping addition. The new part dominates, but at the same time “protects” or respects the old.

Shifting arrangements of calcium silicate bricks patch the building’s main openings, aiding insulation and filtering the region’s harsh sunlight. A play in angles and aperture negotiate a dependence on illumination and air with necessity for privacy. In their raw exposed form, the bricks locally associated with utility structures, adopt a new aesthetic dimension.

Noam Dvir reviewed the building for the newspaper Haaretz in his article “Bricks of Hope” (20/01/11). Here are two passages:

“The new Center of Community Services in Ganey Tikva shows that a relatively small and inexpensive building can make a state of the art architectural statement. The architect Doron Sheinman planned a new face for a characterless concrete structure from the 1980s, and created a space that provides a pleasant homey feeling to employers and patients. The result reminds the Israeli architecture of the development towns of the 1950s and 60s, and makes use of silicate bricks – a distinctly ‘Israeli’ building material that is enjoying a comeback here.”

“The Center’s patients prize their privacy,” explains Sheinman, “and so it was important to provide them with intimate entrances to allow those who enter to ‘disappears’ into the building.” From Noam Dvir, “ 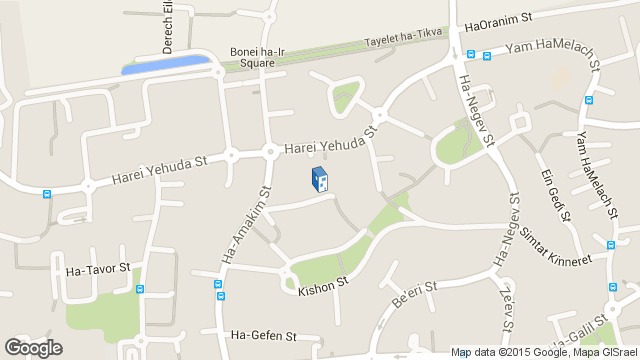 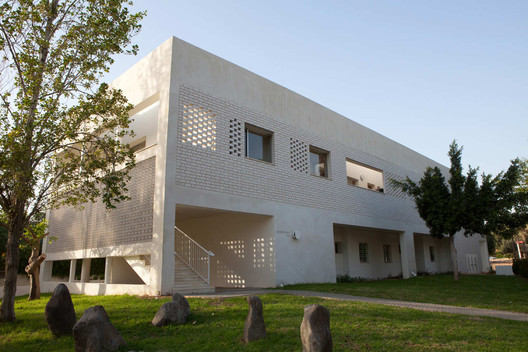