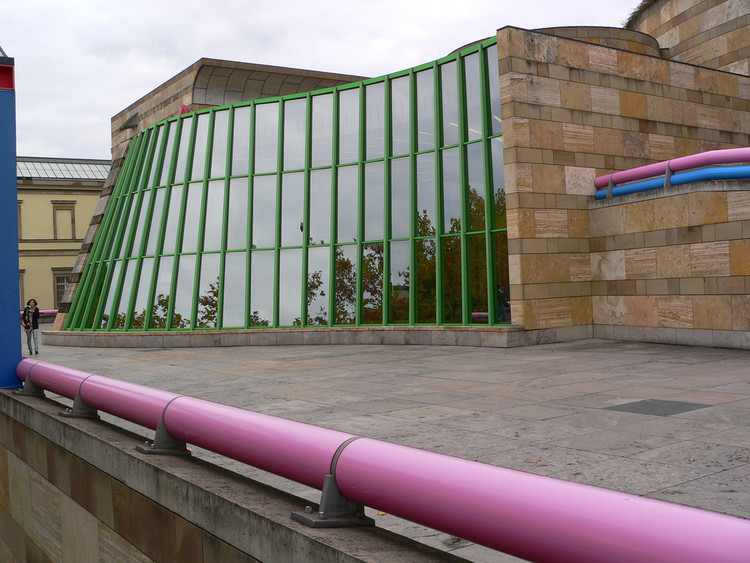 Text description provided by the architects. In 1977, as part of a city wide planning initiative, the Prime Minister of Baden – Württemberg, Hans Filbinger, held a private international competition to design the Neue Staatsgalerie that would revitalize and reinvigorate the cultural influence in Stuttgart, Germany.

The competition posed the issues of making a connection to the older Staatsgalerie that dated back to 1843, as well as traversing the sites dramatic slope.  By 1979, the jury unanimously chose a design by James Stirling of Michael Wilford & Associates in London.

Stirling’s design stemmed from the idea to combine the traditional design elements of Classical 19th Century museums with modern,  complimentary industrial materials that would ultimately evoke the timeless, yet ever-evolving essence of art and architecture.

The museum is a series of integrations, both contextual  with the site and periods of art and design.  Stirling combines materials of the past, travertine and sandstone, with colored industrial steel throughout the museum as a way in which to pay respect to the art and design of the 19th Century by developing a relationship with modern materials resulting in a uniquely Post Modern museum that is rooted in the combination of historical elements with a modern vocabulary.

The site's slope was another issue that for Stirling was more of an opportunity than an imposition.  The dramatically sloping site offered an opportunity to filter people down the site and through the museum connecting the public with the cultural institution.

Despite the incorporation of more modern elements juxtaposed to the classical materials, the design of the museum is reminiscent of the neoclassical style of the Alte Staatsgalerie.  Similar to the older gallery, Stirling incorporated the strict "U" shaped arrangement of the gallery spaces to give the Neue Staatsgalerie a traditional organization with a modern aesthetic.

Throughout the museum, both on the interior and exterior, Stirling implemented a series of colors as functional identifiers that remain consistent throughout the building.

The main entrance has a blue colored steel trellis that attaches to the travertine walls, and bright pink and blue steel pipes are used to denote where circulation occurs. This is especially the case on the public walkway that cuts through the building while traversing the sloping site.

The most prominent area of the museum is the central atrium at the center of the museum that bridges the sculpture garden and works in the museum with the public walkway that cuts through the museum.

The atrium also happens to be the one place in the museum that makes the most references to the traditional 19th Century museum designs; there are columns, gables, architraves, and designed stone facings that interact with the public walkway that wraps around the circular atrium.  For Stirling, the public walkway was a moment when architecture transforms into an architectural landscape that traverses the sloping site and flows throughout the building.

The Neue Staatsgaleri stands as James Stirling's celebration of architecture as a combination of many styles and elements from the 19th Century into a modern piece of architecture that connects the public with its culture. 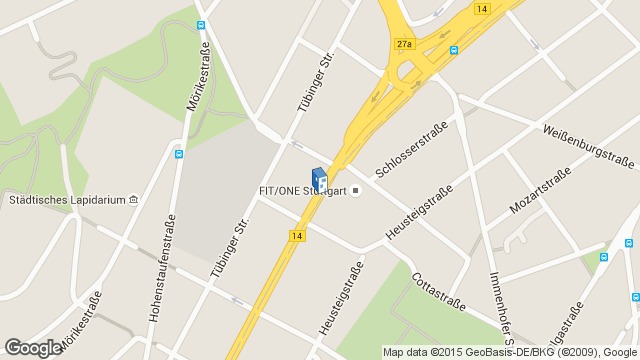 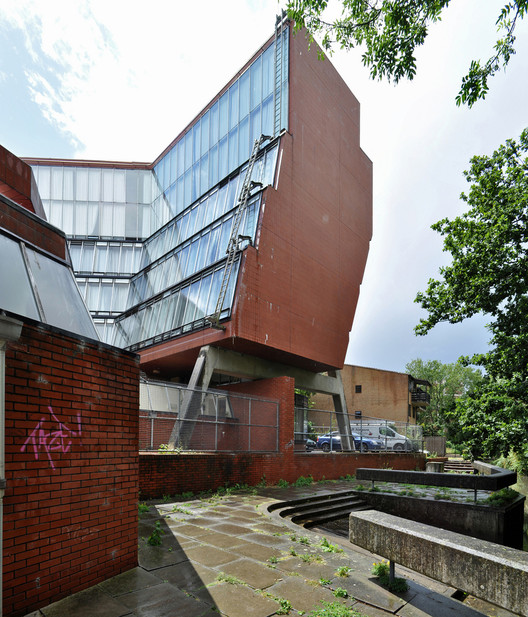 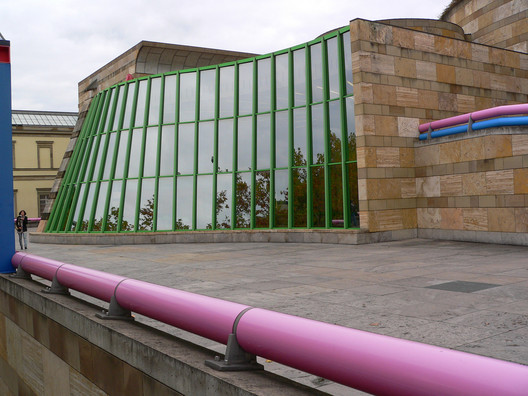