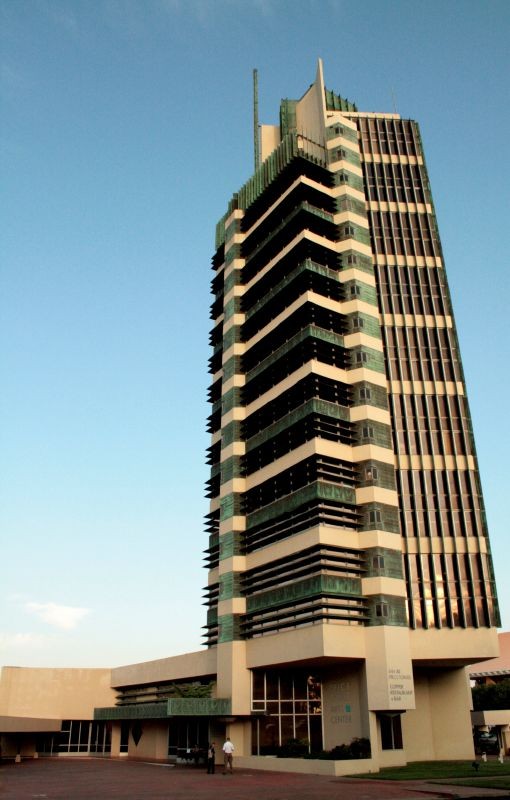 Text description provided by the architects. Completed in 1956, the Price Tower in Bartlesville, Oklahoma is the first and only realized high-rise design project by the famed architect Frank Lloyd Wright. Designed as the headquarters for Harold C. Price of the H.C. Price Company, a local oil pipeline and chemical firm, the Price Tower is a departure from the prescribed style of Wright.

Aside from the obvious transition from horizontal to vertical orientation, Wright seems to disregard the openness and flow of space for the way in which the organization of the spaces within the building were generated so much so that during the design phase, Wright incorporated the lines and divisions from the company’s logo.

The lines and divisions served as a way in which to divide the volume and spaces on each floor plan into a more unique organizational system rather than a typical office tower.

The idea for the Price Tower was conceptualized as a tree such that there was one supporting, organizational system - the core - that fed into the rest of the floors .

The concept was a way in which to think of the core, or trunk, as more than just a main structural support, but as an element that informs the floors becoming fully integrated into the overall system while in effect destabilizing the cores dominance on each floor.

Wright nicknamed the building the “the tree that escaped the crowded forest” that was not only a play on his concept, but a reference to a high-rise building that Wright had designed for Manhattan, yet was never built.

Once Wright was given the commission for the Price Tower he revisited the lost project to begin extrapolating ideas into the project thus the tree that escaped the crowded forest found its place on the Oklahoman Prairie.

Although there is a formal discrepancy between Wright’s prior works and the Price Tower, there are still a multitude of principles from Wright’s designs that were integrated into the project.

At the time Wright had become the master of cantilevering volumes and planes, and in keeping with his initial conception of the tree as an organizational system, all of the floor plates in the Price Tower cantilever off of the central core as to free up the floor for different spatial configurations.

Even though, the Price Tower was intended mainly for the headquarters of H.C. Price Company and other office spaces, there was an idea by the Price family to include residential units in the building to help sustain the building’s use and financial security.

Wright’s solution to organizing the mixed use tower was influenced through the extraction of lines from the company’s logo to further subdivide the floor plates , which resulted in rotating the axes of floor plate 45 degrees that subdivided the floors and the building into four quadrants.  Three of the quadrants were intended for office use, while the other consisted of two floor residential units.

Despite the difference between the Price Tower and earlier works of Wright, Wright is able to have the tower reflect the same organic aesthetic relating nature with architecture.

The cast concrete of the floor of the towers floors and core along with the copper panel cladding that has an acquired patina over time establishes a relationship with nature through the buildings earthy tones.

After exchanging owner, the Price Tower today is known as the Price Tower Arts Center that has become a museum for art, architecture, and design.  In addition to the museum, the tower maintains an inn that allows visitors to experience Frank Lloyd Wright’s original design and details for his only high rise project.

In 2007, the Price Tower was designated as a National Historic Landmark, and in 2008 it was one of ten other buildings by Wright that were submitted to the World Heritage Trust. 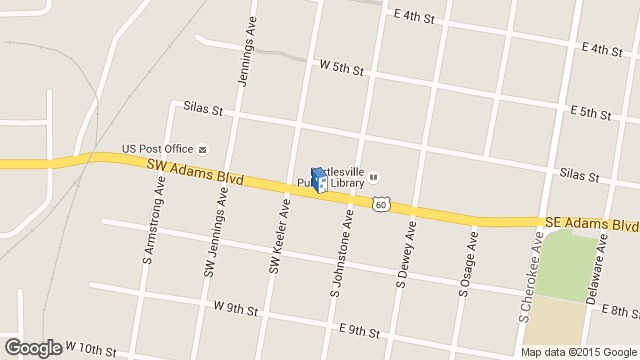