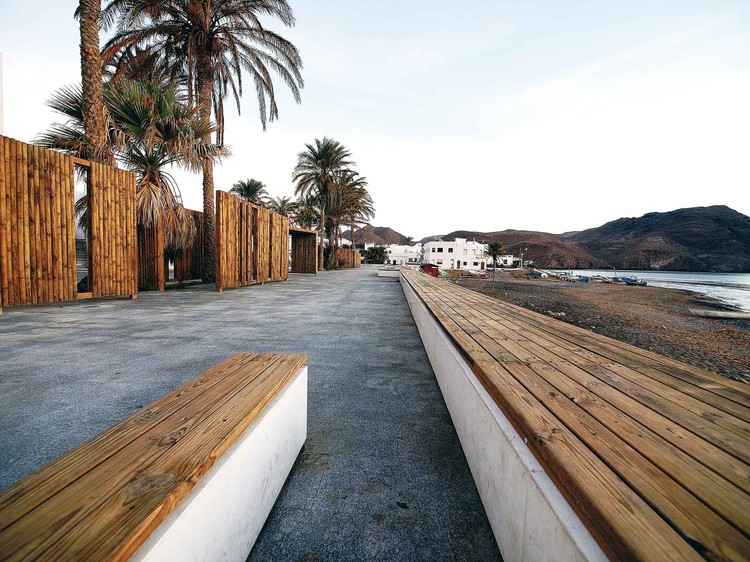 Text description provided by the architects. The landscape of this Almeria area has been used as scenery for forty years: from the birth of a genre such as the Spaghetti Western with Sergio Leone taking the lead with The Good, the Bad and the Ugly and A Fistful of Dollars, to modest productions such as How I won the war by Richard Lester. The fact that such an abundance of artists agrees in the choice of this enclave as a backdrop for their creations gives us an idea of its scenic quality. The isolation and the lack of development of this region have also helped.

The example of Las Negras elicits a considerate approach to the public element; the choice of materials has been decisive in consolidating the work within its urban interaction: the wood of the structure and the coverings of perimeter benches encourage a pleasant treatment favouring its consolidation. There is a symmetrical psychology in the human treatment that is here applied to the use and the form of the material as a means of the object’s expression. This reflection refers to the natural element, the sound of the sea, the material and shape of natural elements, the vegetation, the geological configurations, as well as the settings of interest. Here the architect becomes a mediator or translator of the values of the context. Possibly, the answer to all these questions would be in a natural conception of the urban landscape, formally spontaneous and amply influenced by its scientific nature: processes, hierarchies and natural materialities.

We are particularly interested in the architecture of supports, or elements open to uses with the capacity to include wishes, activities and creativity of public interest and which, at the same time, are related to the control of empty spaces, its own size, its landscape and urban nature. 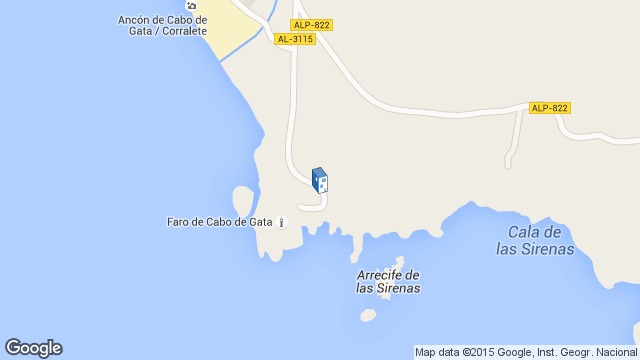 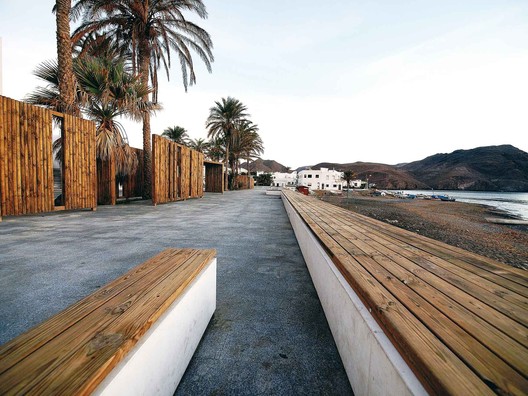