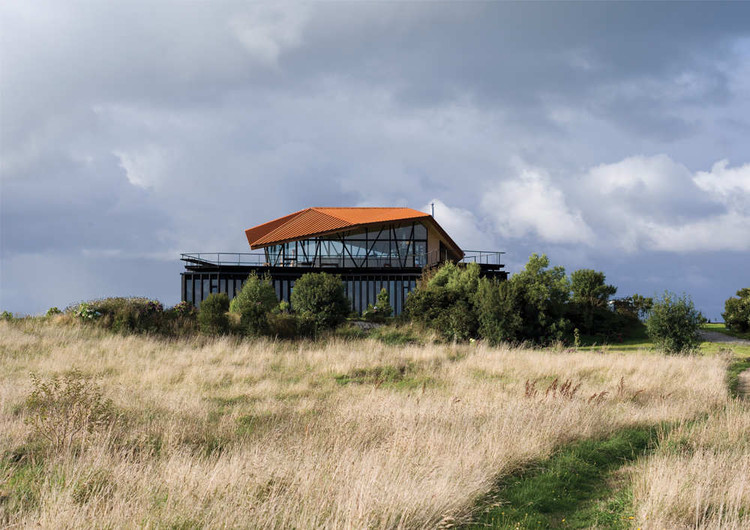 Text description provided by the architects. Unlike the abrupt topography of continental Chile, the soft slopes and the extended horizon of the Island of Chiloé defines a distinct landscape. Constant rains, strong winds and a tidal variation of up to eight meters, characterize its harsh and always changing shores. The site, located in the tip of a peninsula facing the northeast, offers an open view at 360º. On a clear day seven volcanoes can be identified at the distant background of the Andes, most of them, like the Chaitén Volcano, are still active. The house lies as a strange element in the shore, an unfamiliar object resting on the site, as if it was ready to take off with a strong wind. Its undefined geometry is not attached to the ground, the connections to its terrain are defined by its interior views to the outside. On the first floor a rhythmic repetition of wood columns carries the structure to the perimeter, liberating part of the floor plan. This over structured density of columns fragments the views of the surroundings, while its moving shadows change the interiors throughout the day.

Above the platform of the first floor a steel structure covers an open floor plan. This second level, more open and detached from the ground, allows a panoramic view of the horizon. The uneven geometry of the roof creates a concave space whose irregular perimeter contrasts with the predominant horizontal landscape. A protected living space with unusual dimensions from where to enjoy the rainy days of Chiloe.