New York based design firm, MANIFESTO, shared with Arch Daily the INFORSTRUCTURE which is the Stratford Information kiosk for the 2012 London Olympics is designed with an aim to provide the public with free and instant access to important information. 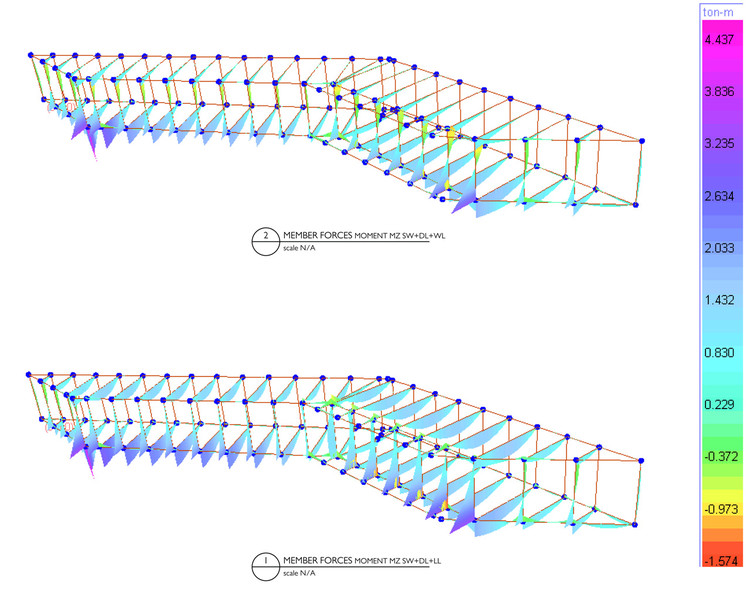 In the information age, individuals and businesses are more than ever relying on access to useful and important information. Being such a critical resource, information has truly become an infrastructure in itself. However, without the proper modes of distribution, information can be misdirected or even put to waste, especially considering its ubiquity today. Today, it is important to quickly and effectively engage the right users with the right sources of information.

The skin of the structure itself, an elegant yet dynamic matrix of linear elements, symbolizes the systematic extraction of various flows of information scattered around the earth.

The facade folds to create a canopy of undulating members and reveals the main entrances toward the North, inviting passersby into the kiosk where they will find various informational venues of interest. Through captivatingly attracting pedestrians and providing them with up-to-date information, INFOSTRUCURE will function not only as a landmark and memorable first impression to the region of Stratford, but also as an infrastructural node for the proliferation of all forms of information to the general public.

NODE As a node of the square, the INFOSTRUCURE not only performs as a landmark, but also as a boundary condition that contains and defines the square as a pedestrian-friendly plaza, protecting it from the busy traffic of the bus station. Yet a sense of openness is not compromised as the semitransparent nature of the INFOSTRUCURE’s metal screen does not obstruct views but rather allows a stimulating visual connection to be maintained between the bus station and the train station. The INFOSTRUCURE is designed to provide travellers with a stunning and thematically relevant arrival experience into Stratford, which is to become a critical hub for both information and transportation.

PROGRAMME Within the eye-catching metal screen, the programme space is organized flexibly to accommodate the various functions to be needed before (exhibition space) and after (café, toilets, etc) the 2012 Olympics, all while effectively functioning as a kiosk displaying up-to-date information. The INFOSTRUCTURE creates spaces that allows for the integration of functions housed in existing stalls on Meridian Square, as well as new information centres for the TfL, the Olympics, and the London Borough of Newham. The kiosk also provides a sign posting service for visitors.

INFO-WALL SYSTEM In the information age, individuals and businesses are more than ever relying on new and real-time information. Without the latest information most would fail to achieve maximum efficiency. Also, without the proper modes of transmitting this information, it can be useless and put to waste. In today’s sea of information, much can be missed and overlooked if it is not organized and transmitted in an effective manner.