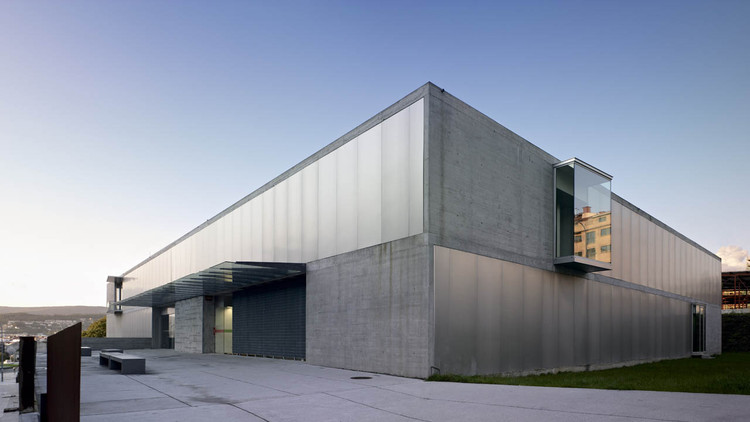 Text description provided by the architects. The new Health Centre is located in A Parda, a recent urban sprawl area on the outskirts of the city of Pontevedra, where the recent expansion of the urban structure is still coexisting with rural areas. The building emerges in a large lot surrounded by different kind of buildings like the new Music School, apartment blocks and some other facilities still to be defined.

In this context, we wanted to design a box, a neutral piece with underlined edges and a solid appearance, as a counterpoint to the figurative routine of the residential buildings. It was an opportunity to add a dose of quietness into the new confused urban landscape. The strategy to get this objective was to use three materials in the composition of the exterior skin (concrete, perforated aluminum sheets and glass), showing three different levels of opacity. This shape and the combination of these materials allow the identification of this complex system as a unit (the building has two independent sectors: the Medical Centre and the Emergency Services (PAC).

In contrast to its monolithic exterior image, the two enclosures (Medical Center and PAC) are opened to two interior patios, which provide transparency and interior views through the respective waiting areas. A second plane of the facade, behind the perforated aluminum panels that act as a veil, resolves the relationship between the offices and its surroundings through a wall of colored glass that also meant to help the users to identify the different areas.

It was intended to emphasize the horizontal dimension of the Centre in a opposition to the predominantly vertical component of the surrounding buildings through the use of continuous slab floors, supported by small steel pillars outside the front cloth, and strung together by discontinuous concrete walls, enhancing the corner and showing the structural solution, composed through a series of different concrete elements interlocked.

One of many functions assigned to the micro-perforated sheets is to throw shadows on the inner glass walls, in order to avoid direct sunlight and overheating due to greenhouse effect, whilst the passive thermal control is guaranteed due to both control of natural light and ventilation of the void between these two sheets of the façade.

The smooth façade surface combines reflections, opacity or transparency depending on the different light and weather conditions throughout the day. As the sun falls down, the reflections on the aluminum sheets disappear and the light inside the building allows discovering the chromatic proposal of the second skin, turning the building into an airy element, which aims to recognize it as an urban reference.

The functional scheme is solved by distributing the doctor’s offices and functional spaces throughout the perimeter whilst the common and waiting areas are placed next the inner courtyards, with several visual outbursts towards the street at the ends of corridors. Walks take place around the courtyards providing stairways in their front ends, in addition to a lift.

The configuration of the building adapts to the slope of the street and it is disposed into three levels, entering by the intermediate one. On this floor (ground floor) there are two separate access points, one for the Medical Centre and another one for the PAC. The health care, pediatrics, rehabilitation, registry, archives and administration areas are located in this level. On the first floor it lies the remaining health services and a large terrace that allows a future expansion of the facility. At the inferior level there are some other offices for different medical specialties, as well as dental care and health education.

The linkage of the access with the inner courtyard allows the visitors a quick reading of the different ways and spaces as it provides access to the different sections of the Centre. Also, through the courtyards, the lighting and the relationship between different uses and spaces is solved by profiting the conditions of the site in terms of orientation, topography and views, with the necessary privacy required by the offices for consultation.

It has been sought to provide a platform for urban quality and a medical center that meets the criteria of efficiency and economy, intending to be an optimum place for service both from the perspective of the doctors and the rest of its workers as well as from the users. 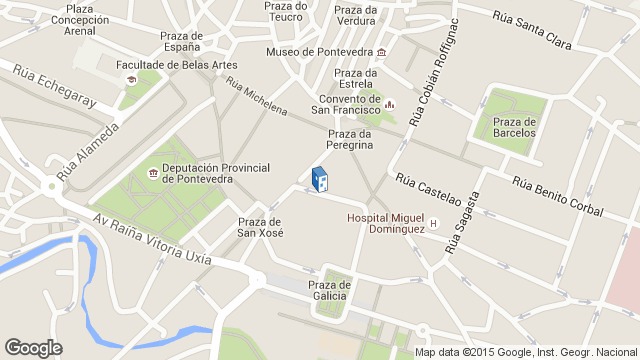 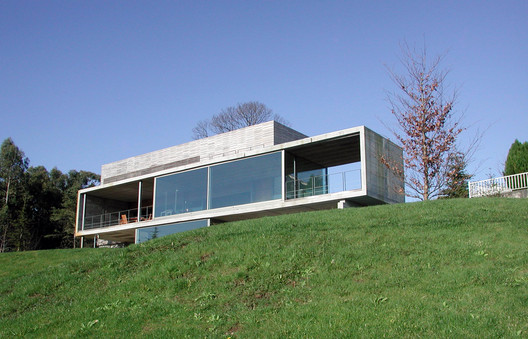