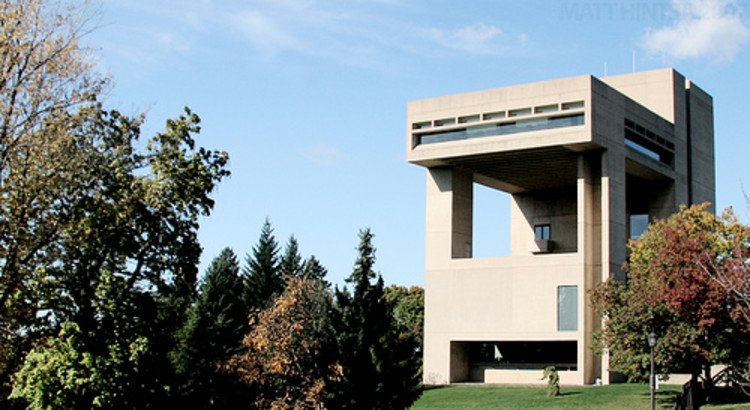 Text description provided by the architects. With a desire to make a dramatic statement while maintaining an optimal amount of scenic views, transparent open spaces and windows beautifully contrast the heaviness and boldness of the rectangular forms of concrete.

Located atop a 1,000-foot slope that overlooks Lake Cayuga in Ithaca, the museum was designed by I.M. Pei and John L. Sullivan, with additional help from the firm Pei Cobb Freed & Partners. The museum totals 61,000 square feet, with nine floors stacked high above the ground, housing the exhibit spaces.

One floor rests underground, where additional galleries and meeting rooms are found. Through stacking the program instead of spreading it out over the lot, the architects were able to perserve much of the surrounding landscape and views.

The massive concerete structure is punctured by long horizontal bands of windows that run along the upper floors. These enhance the space of the galleries, complementing the artworks displayed while providing a bright and airy exhibition space. Skylights are featured around the lobby, and framed in bronze-toned aluminum.

There are multiple instances of cantilevered spaces throughout the Art Museum by means of projected horizontal beams. Some of these spaces become balconies that create their own sense of movement and light, opening up to views of the floors above and below. The most obvious cantilever is the fifth floor, which stretches out over the open aired sculpture garden.

As it was initially imagined, the walls of the museum were to act as a continuous surface. The flowing lines created by stairs and bridges connecting program above the lobby culminate in the master area, distinguishable for it's circular stairway.

The Herbert F. Johnson Museum of Art is primarily constructed out of concrete, the color and texture of which blends in with the surrounding old masonry buildings. I.M. Pei and his firm researched local materials in order to produce a unique mix of architectural concrete perfect for this specific building and location. This was mixed with sand and small course stone aggregate, then poured into a framework of boards and panels which created the surface pattern.

Over 80,000 visitors explore the museum a day, and each year there are around twenty special exhibitions. The museum is named after its most substantial benefactor, Herbert Fisk Johnson, who was a graduate of 1922 and head of S.C. Johnson & Sons.

An extension to the original building, Pei Cobb Freed & Partners have been asked to help meet the needs of the expanding collection. This is projected to be finished in 2011, and is 16,000 sq ft and costs $22 million.  It is mostly funded by the national Endowment for the Humanities and the Kresge Foundation. These new galleries will house contemporary art, and include an outdoor Japanese Garden. 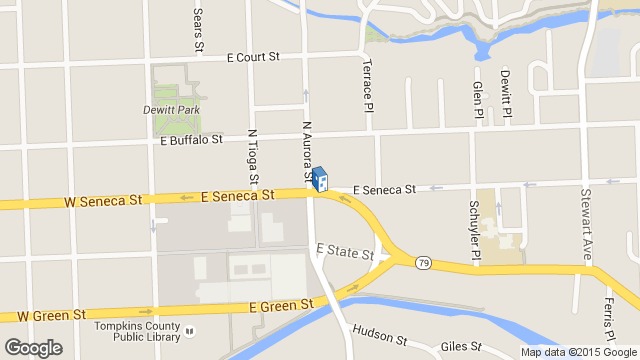 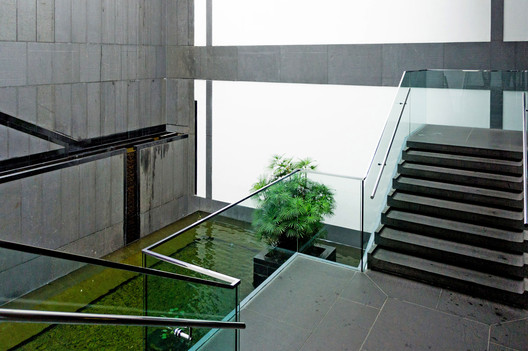