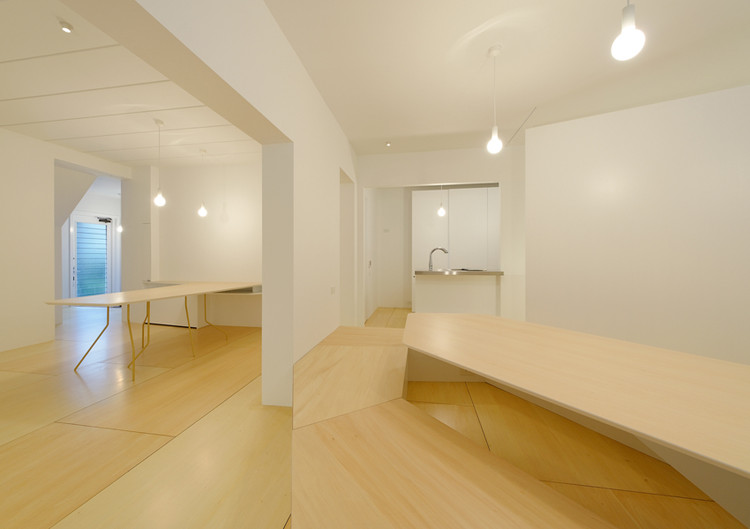 We did a renovation for a two-by-four construction unit house by Sekisui Heim that is located in a new residential area in Shiga prefecture. Although the site is relatively broad, the way it is built makes the site strangely narrow.

We believe this is because each houses were built only thinking about concluding within the site and without regarding the connection to the surroundings. As a result the curtains hanged on the windows are always closed because the privacy is abused by making eye contact with the neighbors, so the broadening of the out door space makes no sense. We planed to salvage the situation and create flourishing life scenes inside.

First, we can’t add openings in a two by four construction house, so we decided to take over the exiting allocation of rooms and insert a new wall that connects each room.

The new wall stands up as if it wraps around the entrance, living room and the second living room while it leaves space between the existing windows and walls. The wall prevents line of sight from adjacent land and bring in daylight and draft. The space between the new and existing wall becomes a buffer zone and creates rooms likehobby room.

Furniture (tables, storage cabinets and horigotatsu) is built in the wall that gives character to each room.

Various life scenes revolve around the wall, and the space that spreads out from the inside to the outside sweeps away the constrained feeling.This is a project that we tried to reedit the relations between the existing inside and outside space. 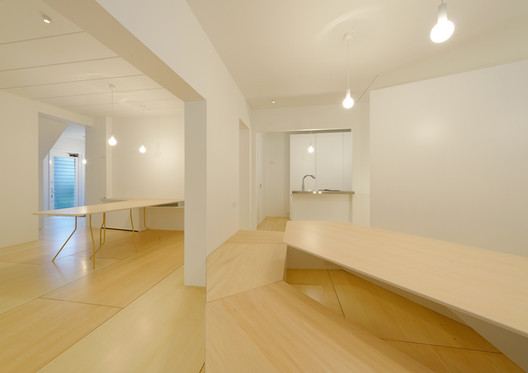