Save
Institute for the Culinary Arts / HDR Architecture 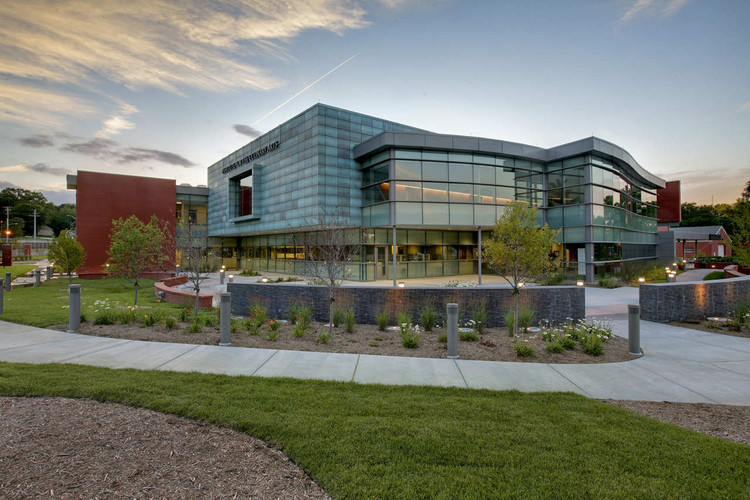 Text description provided by the architects. The face of the culinary arts world has changed. Chefs have become household names, cooking shows are taking television by storm, and new and exotic restaurants are replacing the old and mundane.  This change has made becoming a chef, a career that was once considered undesirable, one of the fastest growing professions in the nation. The new Institute for the Culinary Arts at Metropolitan Community College is a reflection of this change. The 39,000-square-foot building is educating a record-breaking number of students in a world-class, food-inspired environment.

With more than 16,000 square feet of instructional and service space, the new facility gives students and professors access to the most advanced kitchen equipment available. Opening its doors in November 2009, the new facility is six times larger than the school’s previous home and has led to an enrollment increase of more than 30%.

The two-story culinary arts building is a modern interpretation of the Fort Omaha Campus vernacular and a precursor to the redevelopment happening in the North Omaha community. In addition to using the red brick found in buildings throughout the campus, the exterior cladding includes glass and copper, materials often used in culinary arts. Pre-patinated copper panel encases the second level of the building, and copper panel was used for flashing, gutters and downspouts. Glass covers the remainder of the building, creating a transparent south façade that greets visitors with a welcoming glow and encourages a two-way dialogue between students and passersby. This use of glass continues throughout the interiors of the building, providing unobstructed views to kitchen areas.

The interiors were designed to be cost-effective while exuding a high-end building with an opulent flair. The first floor of the main lobby is clad in zinc and wood-look laminate, and features modern seating, a bakery and coffee shop, and a dramatic glass tread staircase that leads visitors to the second level. The second level hallway incorporates the pre-patinated copper panel featured on the exterior of the building and leads visitors to a multipurpose conference room. Additional highlighted spaces include:

1.- Demonstration lab – A theatre style classroom space with tiered seating and a full kitchen setup. The space was designed with wood-look laminate, a green tile backsplash, and minimal stainless steel to give the appearance of a home kitchen. The space is used for teaching, cooking lectures, and may be used to provide cooking demonstrations on local TV stations.

2.- The Sage Student Bistro in JoJo’s Dining Room – A modern and casual dining space open to the public. The space features a fireplace clad in white and linear textural tiles, an end-grain wood floor that mirrors a butcher’s block, walls of glass and brick, and intimate lighting and seating. Attached to the bistro is a private dining space designed as a spinoff of a chef’s table.

3.- Production Kitchen – The production kitchen is attached to the bistro and acts as the heart of the facility. Including everything you’d find in a high-end restaurant kitchen, the space lets students put their knowledge to the test by preparing food for Bistro guests.

4.- Theory Labs – Two theory labs act as the main teaching tools used for demonstrating and applying cooking techniques.  These two identical kitchen spaces were designed to be classrooms, with abundant space and television monitors in all four corners. Between the two labs is a breakout space where students and professors can gather to discuss lessons. 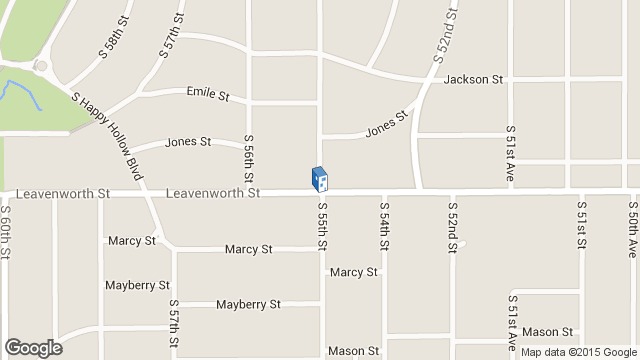