Save
The Wave / Henning Larsen Architects
Share
Or
Copy 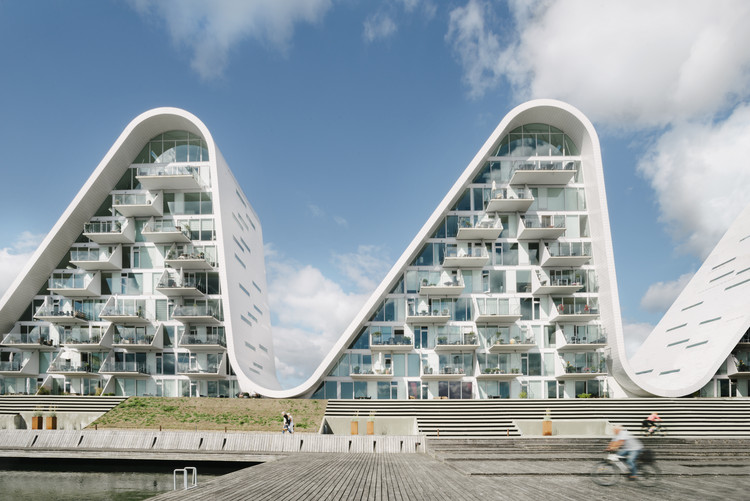 The Wave in Vejle, Denmark designed by Henning Larsen Architects is a new unique housing that embraces the sculptural and organic forms to become a new landmark for the city. It takes advantage of both its location and the views it offers, while equally challenging the existing architecture of the area and its program as a housing complex.

More on this project after the break.

The distinctive building has been selected as winner of the prestigious Civic Trust Award. The Awards were presented at an official ceremony in People’s History Museum on March 4 in Manchester. ”The Wave demonstrates how Danish architects are responding to global trends without sacrificing the practicality or well-crafted detailing that have long been a signature of the Danes”, the British reviewer Michael Webb wrote in the architecture magazine Mark in February 2011. Henning Larsen Architects won the project in an invited competition in 2005 with the real estate company Bertel Nielsen as the client. Until now, two of the award-winning waves have been completed while the last three are expected to rise in the nearest future.

The characteristic form and material of the housing allows it to be a constantly changing landscape element. During the day the white waves are reflected in the sea and at night the characteristic profile will look like illuminated multi-coloured mountains. It both mimics the landscape and sets itself apart by changing its appearance with the weather and time of day.

The Wave is inspired by and derives its form from the characteristics of the area: the fjord, the bridge, the town and the hills. The clear and easily recognisable signature of the building connects the residential area with the sea, the landscape and the town.